Jonathan Bauer rescued a girl from drowning, Ocean City, Maryland, May 2, 2021. During a multi-vehicle accident on a bridge, a girl, 23 months old, was ejected from her family’s pickup truck and landed in the cold water of a bay. Bauer, 51, information technology executive, who was involved in the accident, heard screaming from the pickup truck and responded. Bauer initially saw the girl floating supine in the water but within seconds she flipped over and was floating facedown. Bauer removed his shoes and positioned himself on the guide rail of the bridge, about 30 feet above the water, with his legs dangling over it. He pushed off and jumped feet first into the shallow water, landing in the bay at a point about 15 feet from the girl. He swam to her and, reaching her from behind, grasped her by her torso and lifted her so that most of her body was over his shoulder. Not getting a response from the girl, Bauer firmly tapped her back until she coughed, spit up water, and opened her eyes. Bauer held her above the water’s surface until a pontoon boat arrived. The boaters assisted Bauer and the girl onto the boat, and took them to the nearer shore. The toddler was airlifted to the hospital and was released the following day. Bauer was sore but did not require medical treatment. He recovered. 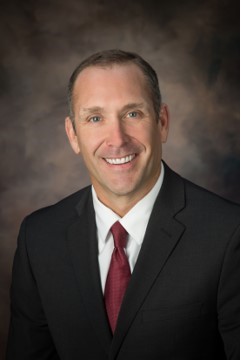