John-Paul Jasmins rescued a woman from assault, Delta, British Columbia, February 20, 2019. The woman, 41, was forced by her husband, 49, who was armed with a large kitchen knife, to drive with him to a school to pick up their child. Upon parking in the school’s lot and concerned that the assailant planned to harm them both, the woman exited her vehicle and attempted to run to the school’s main entrance, but the assailant exited and quickly grabbed her near the rear of the parked vehicle. After unsuccessfully trying to force her back into her vehicle the assailant stabbed her, before the woman slipped and fell. Jasmins, 38, an off-duty constable, heard a female bystander scream as he walked nearby with his children. Sprinting toward the scene, Jasmins saw the woman on her back behind another parked vehicle, her assailant straddling and stabbing her as the woman tried to fend off the thrusts with her hands. Jasmins rushed the assailant and drove shoulder-first into his body, tackling him to the ground. A struggle ensued during which Jasmins was stabbed three times before the assailant lost his grip on the knife. Jasmins then used a jujitsu hold to subdue the man, while a male bystander held down the assailant’s legs. Shortly constables arrived and placed the assailant under arrest. The assailant later pleaded guilty to assaulting the woman and Jasmins. The woman sustained several stab wounds to her body and was taken to a hospital for treatment. She recovered, but with lingering effects from her wounds. Jasmins sustained three stab wounds to his abdomen and underwent emergency surgery for internal injuries. He was hospitalized three days before returning to work, though he continued to undergo rehabilitation for an injured hip. 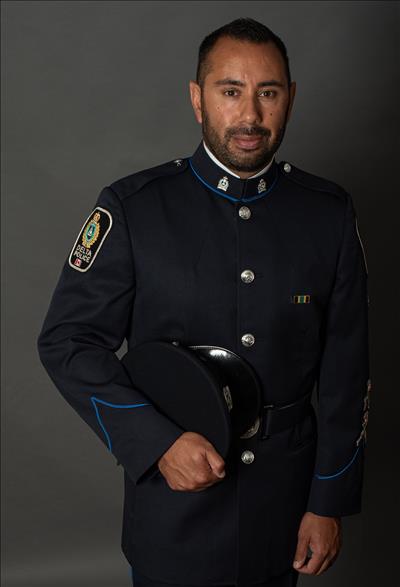