John P. Sawchuk rescued an indeterminate number of persons from assault, East Greenbush, New York, February 9, 2004. A 16-year-old boy entered a restroom of the high school he attended, then emerged brandishing a loaded 12-gauge shotgun. He fired two shots at students in the hall but missed, and the students fled to safety. In a classroom in that wing of the building, Sawchuk, 41, assistant principal, heard the gunshots and, followed by a teacher, proceeded through the hall to investigate. Turning a corner, they saw the armed assailant about 20 feet away. Sawchuk immediately ran to him, grasped him, and started to struggle against him for control of the gun. The assailant fired again, striking the teacher as he approached. Sawchuk convinced the assailant to release the gun, which Sawchuk then handed over to another teacher. He took the assailant into a nearby office and detained him there until police arrived shortly and arrested him. 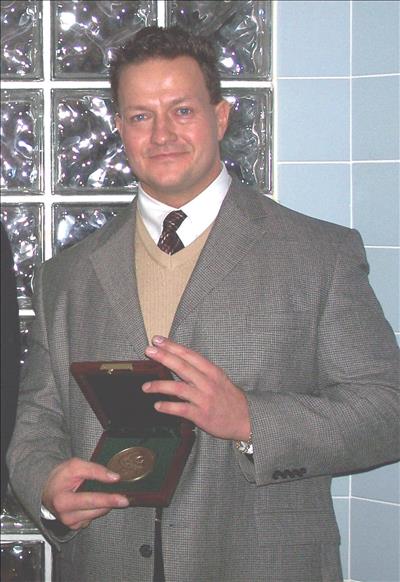