John M. Beane helped to save John M. Bent from drowning, East Sandwich, Massachusetts, August 2, 1992. Bent, 35, was fishing at the mouth of Scorton Creek when he lost his footing and was carried by a very swift current into the 63-degree water of Cape Cod Bay. His chest-high waders filled with water, weighing him down and precluding his return to shore against the current. He shouted for help as he struggled to stay afloat. Other fisherman, including Beane, 37, mechanic, were alerted to his situation. Beane and another man disrobed, entered the bay, and swam to Bent, who by then was about 450 feet from shore and was losing consciousness. Beane and the other man grasped Bent and attempted to return him to shore, but they made little progress against the current. Learning that a boat had been dispatched, Beane and the other man kept Bent afloat until the boar arrived several minutes later. Beane boarded the vessel and helped to pull the men to shore, where Bent was taken to a hospital for treatment of hypothermia. He recovered. Beane was very cold and nearly exhausted, but he recovered later that day. 68167-7829

Beane graduated in 1973 from North Smithfield High School. Soon after, he became a certified welder and worked for General Dynamics Electric Boat at the Groton Naval Yard. He was instrumental in the construction of SEMASS power plant in Rochester, Mass., and continued working there as a first class maintenance mechanic. He later joined Jacobs Engineering, working on the cleanup efforts at Otis (MMR) on Cape Cod. Later, Beane worked for Ron’s Excavating in Mashpee, Mass.

Beane grew up an avid outdoorsman. He loved camping, whether it was in the family camper or a tent strapped down on his Harley. Beane also was an ardent angler.

He was awarded the Silver Life Saving Medal by the U.S. Coast Guard for his unselfish heroic actions in saving a life from the perils of the sea. The Humane Society of the Commonwealth of Massachusetts, as well as the Carnegie Hero Fund, also honored him for these actions. 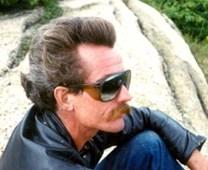