John C. Springer rescued Jeanne Hobbs from assault, Alexandria, Virginia, January 9, 2005. Hobbs, 37, was in her office on the nursing floor of a retirement home when a disturbed man entered the room with a knife and attacked her. They went to the floor, the assailant cutting her with the knife. Hearing Hobbs scream, Springer, 62, legal administrator, who was visiting nearby in that unit, approached the office and witnessed the attack. He yelled at the assailant, then grabbed him by the arm. The assailant turned on Springer, and as they struggled, a nursing assistant pulled Hobbs from the room. The assailant took Springer to the floor and inflicted major cut wounds to his head and face. Distracted, the assailant left the office and proceeded to another wing of the floor, inflicting knife wounds to four elderly patients before he was subdued. Springer and Hobbs were treated at the hospital for their lacerations, Springer’s requiring 48 sutures. He recovered.

John C. Springer, an office administrator for law firms in Washington and Alexandria and a former banker, died August 29, 2013, at his home in Alexandria. He was 70. The cause was cancer.

In his last job, Mr. Springer was administrator of the Washington office of the law firm of Porter Wright Morris and Arthur from 2000 to 2007. Earlier, he had been director of administration at Miller Cassidy Larroca and Lewin in Washington; director of operations for Thomas and Fiske/Hazel and Thomas in Alexandria; and a vice president at Washington-Lee Savings and Loan in McLean, and Fidelity Savings and Loan in Alexandria.

John Charles Springer was born in Homestead, Fla. He moved to Washington as a child and graduated in 1961 from Alexandria’s George Washington High School. He graduated from American University in 1966.

He was a former vestryman at Pohick Episcopal Church in Lorton, and a secretary of the Historic Pohick Church Foundation.

(Edited from an obituary provide by a family member.) 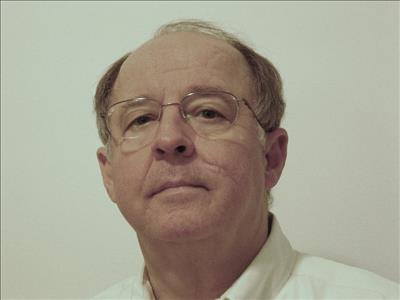