John A. Klang died after saving an indeterminate number of persons from assault, Cazenovia, Wisconsin, September 29, 2006. A 15-year-old boy entered the school he attended, armed with a loaded shotgun and handgun. A school employee removed the shotgun from him, after which the boy produced the handgun and pointed it at two teachers, both of whom sought safety. Meanwhile, Klang, 49, the school’s principal and district administrator, responded and confronted the boy in a hallway. Klang and the boy then struggled, during which time the boy fired the gun repeatedly, striking Klang. Although he was mortally wounded, Klang disarmed the assailant, casting the gun through the hall, and detained him. A teacher and two students left a nearby classroom and secured the assailant until police arrived shortly and arrested him. Klang died in the hospital several hours later of his gunshot wounds.

Klang was self-employed as a dairy farmer in rural Cazenovia until 2003, when he attained his masters degree in school administration from Marion College in Fond du Lac, Wis. He became the principal and athletic director at Weston High School, as well as the district administrator for the Weston School District.

Klang enjoyed being outdoors, often going for long walks and photographing wildlife. He was a fisherman and an avid hunter. Klang was a member of St. Anthony’s Catholic Church in Germantown, Wis., and a member of the Knights of Columbus. 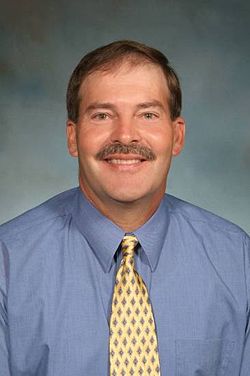