Jennifer E. Emo rescued Paisley S. Ervin from burning, O’Fallon, Missouri, August 26, 2017. Paisley, 2, was in the backseat area of a sedan traveling on an interstate highway when the sedan’s undercarriage struck a large piece of metal that became lodged in its fuel tank. Fire broke out on the sedan, which also contained Paisley’s grandparents and 8-year-old brother, and it was brought to a stop on the highway’s shoulder. Emo, 37, veterinarian, traveling on the same highway, saw the sedan on fire and stopped at the scene. After the grandparents made efforts to remove Paisley amid rapidly spreading flames, Emo moved to the car and saw Paisley standing on the floorboard behind the driver’s seat. Emo ran to the driver’s side of the car and approached the rear door, which was open. As flames began to engulf the car, Emo extended her right arm inside, and despite blistering heat and flames, grasped Paisley’s wrist and pulled her outside. Emo lifted Paisley and took her to a grassy area adjacent to the shoulder and rolled her in the grass to put out flames on her clothing. An off-duty officer arrived and, with Emo, tended to Paisley until the arrival of emergency responders. Paisley was airlifted to the hospital for treatment of extensive burns but later succumbed to her injuries. Paisley’s grandparents also sustained burns. Emo suffered burns to her hands and left arm. 89358-10043 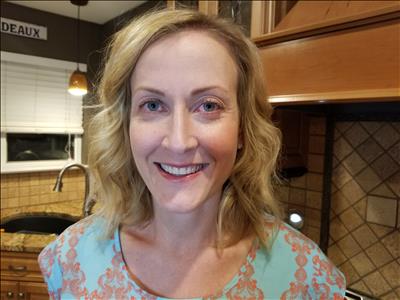