Jeffrey Robert Wieser helped to save Bruce A. Baker, Kim M. Gustafson, and Gayle E. Mitchell from burning, Devore, California, September 3, 1982. Baker, 21, and Miss Mitchell, 23, were passengers in a car driven by Miss Gustafson, 17. Stopped in traffic, the car was struck from behind by a fast-moving truck and burst into flames. Wieser, 29, contractor, joined two other men at the passenger door of the car and, while flames spread, aided in the removal of Baker from the front seat. As flames increased, Wieser entered the car, grasped Miss Gustafson, and pulled her from the car with the aid of one of the other men. Standing in flames that burned on the highway, Wieser entered the car again for Miss Mitchell, who was removed from the back seat with help from one of the other men moments before a fireball erupted, completely engulfing the car. The three victims recovered from burns and injuries. Wieser received second- and third-degree burns to both feet and ankles. He recovered but was left with residual scarring.

Jeffrey Robert Wieser, of Verona, Pa., was born Feb. 15, 1953, in Milton, Mass., and died on Oct. 3, 2015, after losing his battle with small-cell lung cancer. Wieser was the son of Charles Robert Wieser and Barbara Petterson Wieser of California.

He worked most of his career in hazardous waste remediation and recycling, at one time starting his own business. He then went on to remodel and renovate a number of houses, insisting on quality workmanship and materials made in the U.S.

Wieser spent most of his adult life in California but lived the last several years in Pennsylvania, where he renovated two houses, one being his own home. He loved gardening and created a beautiful butterfly garden. While in Pennsylvania, he researched various religions and decided to convert to Catholicism, and he took up biking, accomplishing his goal of riding 50 miles at one time.

Wieser’s loves included music. He played the bass guitar and was in a number of bands over the years, and he shared his talent and knowledge with others. His favorite band was the Rolling Stones; he attended every U.S. tour, sometimes traveling to see them at several locations within a few months. He also loved plants and gardens and was especially fond of Kew Botanical Gardens in London, which he visited on a trip in 2013 to see the Stones in concert.

In 1982, Wieser helped to save three occupants of a burning car after a fiery freeway crash in Devore, Calif. He was awarded the Carnegie Medal for his actions, during which he sustained third-degree burns to his feet and ankles.

Wieser’s twin referred to him as a renaissance man, an apt description. He loved to talk, loved to laugh, and loved to make other people laugh. He will be deeply missed by his family, friends, and neighbors.

(Edited from an obituary submitted by the family.) 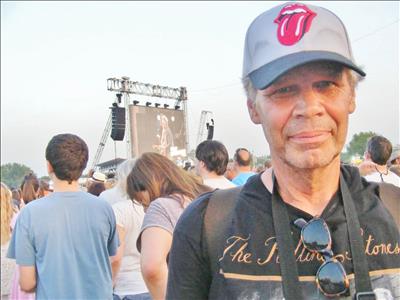