Jean-Paul LaPierre saved an indeterminate number of persons from assault, Chicago, Illinois, October 13, 2019. A man armed with a loaded handgun was robbing passengers on an eight-car transit train as the train was traveling between stations. LaPierre, 54, storage facility manager, who was seated in the rear car of the train, observed but did not immediately realize that robberies were occuring. When most of the passengers on LaPierre’s car exited unexpectedly at the next station, LaPierre also exited, though it wasn’t his stop. Other passengers told LaPierre that the gunman, who was now also on the platform, had been robbing people at gunpoint. LaPierre quickly followed the gunman who, walking briskly to the next car on the train, entered and walked up the aisle to the front of the car, apparently unaware that LaPierre was in pursuit. Once aboard the second car, LaPierre engaged the gunman and pinned him against closed doors near the front of the car. LaPierre grasped the gun and pried it from his hand. A male passenger took the gun from LaPierre, put the safety on, and handed it to nearby transit instructor, who maintained control of the weapon until police arrived to arrest the gunman minutes later. No passengers were injured. LaPierre injured his arm during the encounter. 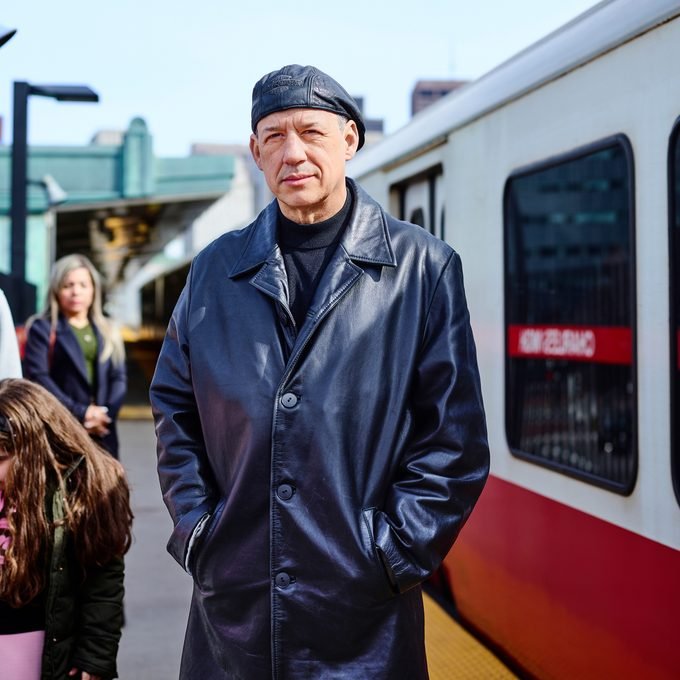