Jason Aaron Strunk helped to rescue Tiffani A. Gray and her children from assault, Akron, Ohio, June 16, 2019. Gray, 23, and her three daughters, ages 1, 3, and 4, were on a sidewalk of a city street when Gray’s ex-partner, 24, armed with a handgun, shot Gray once in the back. Strunk, 38, group home staff supervisor, who was stopped at a nearby intersection, saw Gray on the ground shielding her children from the assailant and drove a short distance to the scene. Strunk parked his car and exited, positioning himself between Gray and the assailant. A certified nursing assistant and her male passenger, an unemployed laborer, in another nearby car also witnessed the attack and responded moments later. The laborer exited the car and ran to Gray where he removed his shirt and held it against Gray’s bleeding back. The woman drove to a point adjacent Gray and parked. Strunk continued to shield Gray from the assailant when the assailant reached over Strunk’s left shoulder and shot Gray in the back a second time and, in the process aimed the gun at the other man’s head. A struggle ensued between Strunk and the assailant with Strunk grasping the assailant’s gun-wielding arm. The unemployed laborer joined in as Strunk struggled with the assailant for control of the gun. During the struggle a shot was fired into the ground near them and shortly the assailant lost control of the gun, which fell to the ground. The assailant then produced a knife. Strunk put Gray’s 4 and 3 year old daughters into his car while the woman aided Gray and carried the 1-year-old to her car. Strunk and the woman drove Gray and the children from the scene to safety. The unemployed laborer meanwhile, continued to fight with the assailant at the scene until the assailant retrieved his weapon and fled. The assailant, chased by unemployed laborer and police, ultimately shot himself nearby and died. Strunk and the woman, who drove several blocks away, flagged down a responding police cruiser and summoned help for Gray and her daughters. Gray was hospitalized but recovered. Strunk, the nursing assistant and the other man were not harmed. 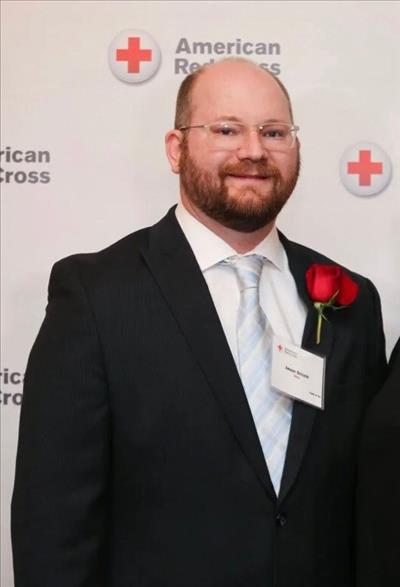