Jarrett Michael Cherok rescued Bruce A. Nedrow from burning, Pittsburgh, Pennsylvania, June 8, 2005. Nedrow, 47, lay unconscious on the floor of a bedroom on the second floor of his row house, after fire broke out in that room and filled the floor with dense smoke. From his home nearby, Cherok, 23, drywall contractor, saw flames issuing from the house, in which his sister lived also. Dressed only in jeans, Cherok ran to the scene, where he broke in the front door. He found his sister on the second floor and carried her outside, then, despite showing effects of being exposed to the smoke, he re-entered the house and crawled upstairs in search of Nedrow. Seeing Nedrow’s feet in the burning bedroom, Cherok crawled to him, grasped him about the lower legs, and dragged him to the top of the stairs. Nearly exhausted, he called for help, then resumed the rescue by dragging Nedrow downstairs and outside to safety. Nedrow sustained extensive burns and, hospitalized, died almost two months later. Cherok suffered smoke inhalation but did not require treatment. He recovered.

Jarrett M. Cherok, 38, of San Angelo, Texas, died on Jan. 10, 2020. Cherok was born to Darrell F. and Kathleen Cherok on July 7, 1981, in Pittsburgh and he previously lived in Baldwin, Pa., where he graduated from Baldwin High School.

He was survived by his wife, Trisha (Kocan), children, Nina and Jarrett, Jr., and stepchildren, Mia and Ava.

In high school, Cherok was an exceptional baseball player who was known for his pitching ability. During his first year of college, he suffered an injury that ended his playing days.

Cherok attended a technical school and began a career in the oil and gas industry in 2011.

Among his many interests and hobbies, he coached softball for Mia and baseball for Jarrett, Jr. A devoted husband and father, Cherok enjoyed spending time with his wife and children fishing, taking road trips, and watching football.

(Edited from an obituary published in the Pittsburgh Post-Gazette on Jan. 16, 2020. 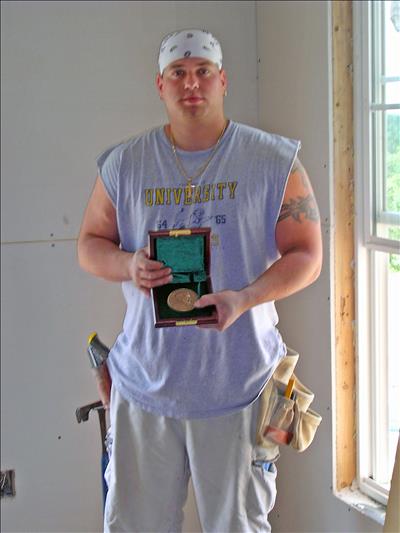