James W. Linthicum rescued Edgar J. Arreola from assault, Wichita, Kansas, May 10, 2011. Edgar, 16, was outside his family’s apartment with a man when, without provocation, the man produced a knife having a seven-inch blade and attacked him, stabbing and cutting him repeatedly. Edgar shouted for help. Inside the apartment building, Linthicum, 34, maintenance worker, heard the shouting. He responded to the scene and saw the assailant standing over Edgar as he carried out the attack. Approaching from behind, Linthicum ran to the assailant, grasped him, and took him to the pavement, at some point the assailant discarding the knife. Freed, Edgar walked several feet away before collapsing to the ground. Linthicum secured the assailant until police arrived within minutes and arrested him. Edgar was hospitalized for treatment of his stab wounds and lacerations, and he recovered.

James William Linthicum, 41, of Wichita, Kan., died on Sept. 21, 2018. He was born in Renton, Wash., on Oct. 7, 1976. In August 1985, at the age of 8, Linthicum was baptized into the Vancouver Restoration Branch of the Church of Jesus Christ by his adoptive father, Elder W. Ralph Linthicum. He and his family moved to Wichita, when Linthicum was 14.

The Linthicum family attended Zion’s Outpost, another Restoration Branch of the Church of Jesus Christ in Park City, Kan., for several years. During that time, he participated frequently in the church services by offering his gift of singing, and was an active member of the youth department. At the age of 17, Linthicum was ordained to the office of priest by Elder Gene Holloway and Elder Ralph Linthicum.

During his adult years, he worked as a security guard and as a maintenance technician for his apartment complex. In 2011, he received a Citizen’s Appreciation Award from Wichita police for his heroic efforts in coming to the aid of a stranger who was being attacked.

He was preceded in death by his adoptive parents, Ralph and Evelyn Linthicum. He was survived by his wife, Amber, his son, Bentley.
(Edited from an obituary published on the website for Zion’s Outpost.) 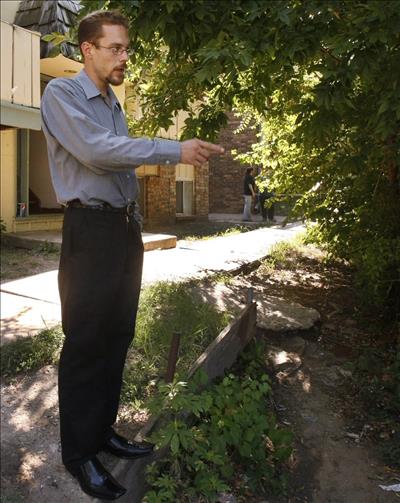