James L. Brown helped to save Charles England from burning, Constance, Kentucky, January 3, 1963. England, 76, who lived alone and was partially paralyzed, was asleep in the lower-level bedroom at the rear of a frame dwelling when fire broke out in the adjoining room. Awakened by the smoke, he started toward the bedroom’s outside door but fell to the floor. Brown, 43, steel mill utility operator, and another man were attracted by the flames, which had burned through the outside wall. They forced open the front door and entered the upper level. Meanwhile, Billy J. Wright had been awakened by his wife in their home across the street. Wright dressed hurriedly and ran to the outside door of the bedroom, where he knew England slept. Brown and the other man emerged from the upper level and joined Wright as flames spread along and inside the opposite side of the dwelling. Although cautioned not to enter, Wright forced open the bedroom door; and dense smoke issued through the doorway. While the other man broke a window alongside the door, Brown stepped into the room but inhaled smoke and was forced to retreat. Wright then crawled six feet into the room and probed the floor. Heat was intense and visibility very limited. After returning briefly to the outside for air, Wright crawled farther into the room and called out to England, who groaned feebly. Brown also crawled into the room, moving around the open door to alongside the bed. Both men again were forced out briefly by the smoke and Increasing heat. As Wright and then Brown entered the room a third time, flames appeared at the far end. Wright crawled more than eight feet from the door and found England. Brown crawled to the bed and thence to England. Flames then were within three feet of England and were spreading rapidly. Taking hold of England, Brown and Wright with effort dragged him as they crawled to the door and emerged from the dwelling. An explosive spread of flames then filled the bedroom, and soon afterward the ceiling collapsed. Firemen extinguished the flames, which destroyed all but one room. England was hospitalized for smoke inhalation but died six weeks later.

Brown received a Bronze Star for his service in the Army during World War II. He also was a recipient of the Carnegie Medal for risking his own life to drag a man to safety from a burning building in Constance, Ky., in January 1963. He was a member of Hebron Lutheran Church and the Bromley Vets.

Brown was elected to the Ludlow High School Sports Hall of Fame. He enjoyed playing poker and spending time at the Hebron McDonald’s.

He was buried with full military honors at Hebron Lutheran Cemetery. 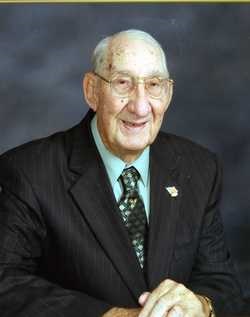