Ivan R. Romero, Jr., saved Leanne M. Cameron from burning, West Sacramento, California, July 21, 2015. Semiconscious, Cameron, 30, remained in the driver’s seat of her sedan after an interstate highway accident in which the vehicle was struck from behind by a truck tractor that was pulling a tank trailer. Virtually demolished, the car was lodged under the front end of the truck and caught fire, as did the tractor. Another motorist, Romero, 39, plumber, witnessed the accident. Despite flames about 3 feet high igniting fluids that had spilled onto the roadway and surrounded Cameron’s vehicle, he advanced to its driver’s window, spraying a fire extinguisher to make a path through the flames. He then held the fire extinguisher with one hand, aiming it through the back window at flames in the backseat, and with his other hand he reached through the driver’s window, grasped Cameron about the shoulders, and pulled on her, but she did not move. Cameron then released her safety belt. With flames spreading to the back of the front seats, Romero dropped the fire extinguisher, extended his upper body through the driver’s window, and bear-hugged Cameron. Backing from the vehicle, he pulled her from the car to safety. Cameron required hospital treatment for injuries sustained in the accident, but she was not burned. Romero suffered from a sore back in the following days but recovered fully. 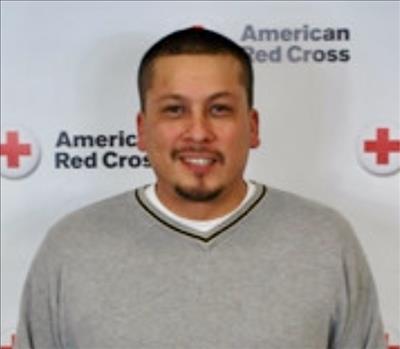