Harvey Randolph rescued Jill Fitzgerald from attacking dogs, Palm Bay, Florida, September 18, 1997. Ms. Fitzgerald, 37, was jogging in her neighborhood when four pit bull dogs approached and attacked her, knocking her to the ground. As the dogs bit and pulled on Ms. Fitzgerald, she called for help, attracting the attention of a neighbor, Randolph, 53, plumbing contractor. Unarmed, Randolph ran to Ms. Fitzgerald and kicked at the dogs repeatedly, and he attempted, without success, to pull her to her feet. On one attempt, Randolph also went to the ground, at which time the dogs attacked him. Randolph stood, grasped Ms. Fitzgerald, and pulled her to a van parked about 40 feet away, the dogs following, growling and snarling. Randolph pushed Ms. Fitzgerald into the van then climbed in himself. The dogs circled the van, and when paramedics arrived, the dogs turned on them. After the dogs left the scene, Ms. Fitzgerald was taken to the hospital, where she was detained four days for treatment of extensive bite wounds. Randolph was treated for a puncture wound and later underwent surgery to repair an elbow wounded by the dogs.

Randolph was a Navy veteran and a retired master plumber. He received the Carnegie Medal for a heroic act in 1997.

(Edited from an obituary on www.affuneral.com) 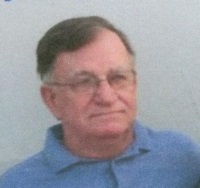