Geraldine T. McBride died saving Omar T. Lawrence and Warren Bunting from being hit by a truck, Hartford, Connecticut, July 3, 1984. Omar, 7, and Warren, 6, were crossing Granby Street under the supervision of Mrs. McBride, 67, school crossing guard. A pickup truck suddenly swerved around stopped traffic at the crossing, and approached the boys. Urging them to run, Mrs. McBride remained in the path of the truck as she pushed both boys toward the curb. Warren was brushed by the truck, but he sustained only minor injuries. Mrs. McBride was struck and injured fatally.

Geraldine T. McBride, 67, of Hartford, Conn., died July 3, 1984, after saving two elementary school-age boys from being hit by a truck at a school crossing in the city.

McBride was a crossing guard in the city for 21 years, including the last 17 years at an intersection near her home where she was known as “the mother of the corner.”

“If it was cold out, and a kid’s coat was buttoned up only half-way, she’d button it up before she let them go to school,” her son, Lester McBride Jr., told a newspaper reporter after her death. “Every kid who came across that street was hers.”

McBride’s neighbor, Paul Cameron, also told a reporter in 1984: “I don’t care if it was raining, snowing, hailing or out in the hot sun, she was always out there. You’ll never meet a crossing guard so dedicated, and there will never be another one like her.”

Following McBride’s death, the Hartford Board of Education named a school auditorium for her. A memorial bust of McBride also was displayed in the same school.

In 2010, Hartford City Council held a ceremony designating the intersection where she died as “Geraldine McBride Corner.”

She was a deaconess for Mt. Moriah Missionary Baptist Church, which played host for her funeral service. She was buried in a family plot at Northwood Cemetery in Windsor, Conn. 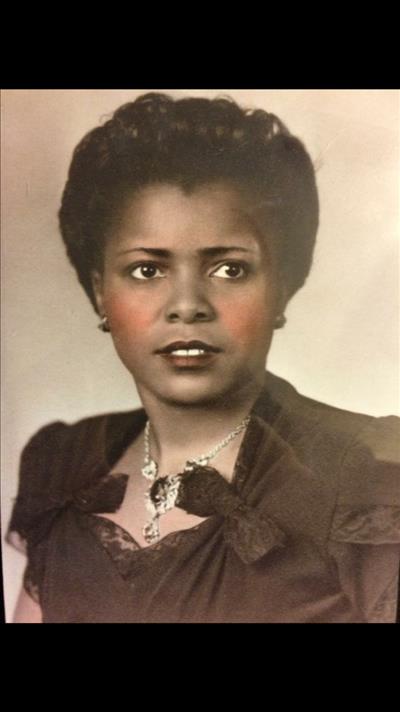