George Russell Blair, 12, schoolboy, saved John Salley, 9, from drowning, Buffalo, New York, January 19, 1929. George, who was a poor swimmer, ran 150 feet on cakes of ice and extended a stick to John, who was four feet from him. John grasped the stick, and, as George drew him upon the cake of ice on which he stood, the cake began to sink. George leaped to other ice, and both got to the bank. (See case of WALTER F. LIDDLE.) 29080-2326

Born in Hamilton, Ont., he moved to Buffalo, N.Y., as a boy. At the age of 12, he saved a child who slipped off a cake of ice in Cazenovia Park Lake. A 1933 graduate of South Park High School, he earned a degree from the University of Buffalo Law School in 1938.

Blair was an FBI agent for four years, working on espionage and sabotage cases, and helped guard the Japanese Embassy in Washington, D.C., for three days after the attack on Pearl Harbor. He left the FBI in 1943 to accept a commission in the Navy and served on a destroyer in the Pacific during World War II. He attained the rank of lieutenant.

After the war, Blair moved to Elma, opened a law practice, and joined the district attorney’s office in 1950, becoming the first assistant DA in 1959. A Republican, he served three months as district attorney to fill a vacancy in 1963 but lost a bid for a full term that fall. He ran again and was defeated in 1969. He also ran unsuccessfully for State Supreme Court in 1976. In the district attorney’s office, Blair earned a reputation for prosecuting heroin dealers and pioneered the use of heroin addicts as witnesses against dealers in court.

After leaving the district attorney’s office in 1963, Blair was an attorney at Blair, Martin and Messina and later what would become Bouvier Partnership. He also taught a trial techniques course at the University of Buffalo. He retired in 1999.

Serving as Elma town attorney for more than 30 years, he was named Elma Business Person of the Year in 1987 for his helping small businesses get started in Elma, Marilla, and Wales.

(Obituary submitted by the family.) 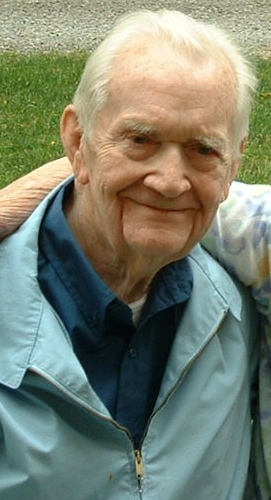