George D. Hemphill assisted in an attempt to save W. Carl Greene from burning, Union Mills, North Carolina, July 22, 1954. A tank truck driven by Greene, 29, was struck by a train at a crossing, and Greene was rendered unconscious. One side of the tractor and the front end of the trailer supporting the cargo tank remained in contact with the moving train. The tank, which contained 5,200 gallons of gasoline, was ruptured. Hemphill, 32, rural letter carrier, and another man ran 80 feet to the cab door, which had been jarred open. Projections of the train cars were striking the truck, jerking the side of the vehicle at intervals. Gasoline issuing from the tank in heavy spurts showered the truck, the train, and the adjoining ground, and it sprayed onto Hemphill’s clothing and that of the other man. As soon as the train stopped and the jerking motion of the truck ceased, the two men reached upward into the cab toward Greene. Before they could get hold of him, an explosive burst of flames enveloped the truck and adjacent train car. The area for 10 feet from the truck erupted in flames 25 feet high around the rescuers, who fell to their knees momentarily. Unable to attempt further aid to Greene, they ran from the truck, emerging from the flames with their hair and clothing afire. They rolled in damp grass to put out the flames, then were rushed to a hospital. Blistering heat prevented anyone from approaching the cab, and Greene perished in the flames, which destroyed three train cars and a nearby depot. The truck burned for nearly seven hours. Hemphill sustained extensive and severe burns requiring skin-grafting operations and an extended period of hospitalization. 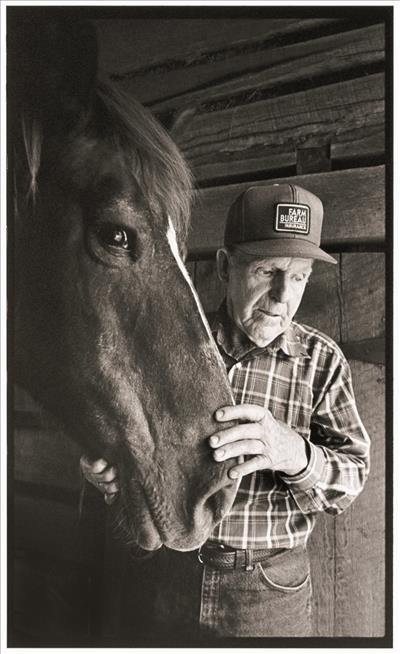