George A. Bradley, 42, laborer, died attempting to save Anna Boldego, 6, from drowning, Forestville, Connecticut, January 31, 1924. Anna broke through thin ice on Mill Brook 25 feet from the bank, where the water was eight feet deep. Bradley, followed by his son, ran from the bank over the ice to the edge of the hole, but as he and his son, four feet apart, were about to reach for Anna, they broke through. All three sank and were drowned. 24004-1921

George Bradley, 42, of Plainville, Conn., died on Jan. 31, 1924. He was born in Kent, Conn., but moved to Danbury, Conn., in his youth. He lived many years in Forestville, Conn., having been employed by the Sessions Clock Company.

Burial was in Forestville Cemetery in Bristol, Conn.

(Edited from contemporary news accounts provided by a family member.) 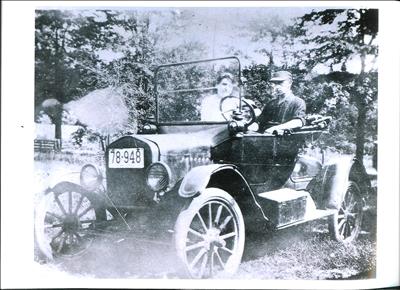