Elizabeth L. Darlington helped to rescue William M. Koob from burning, Hickory, North Carolina, October 12, 2005. Koob, 85, was in the den of his ranch house when fire broke out at a propane heater in that room. Flames spread quickly. His wife responded to the den and, screaming, alerted her sister, Darlington, 77, retired interior designer, who was visiting. Darlington immediately responded from the opposite end of the house but was thwarted by flames from entering the den. After reporting the fire, she exited the house and went to an outside door that accessed the den. Despite advancing flames, Darlington re-entered the house and approached Koob. She grasped him by one arm while his wife grasped the other, and they dragged him to the outside door, then through it to the porch. As flames followed them, the women dragged Koob to safety in the yard. Koob was hospitalized for treatment of burns and smoke inhalation and died 16 days later. Darlington and Koob’s wife suffered minor burns and were treated at the hospital. They recovered.

Elizabeth Langford Darlington, 87, of Columbia, S.C., died on Jan. 2, 2016. She was the daughter of Herbert and Elizabeth Gaines Langford of Columbia.

Darlington was a graduate of the University of South Carolina and a member of Trinity Episcopal Cathedral in Columbia. A retired interior decorator, Darlington also was a member of the American Society of Interior Decorators.

In September 2006, the Carnegie Hero Fund Commission awarded Darlington the Carnegie Medal for helping her twin sister rescue her 85-year-old brother-in-law from the couple’s burning house in Hickory, N.C., on Oct. 12, 2005. The brother-in-law was treated for burns and smoke inhalation, dying 16 days later.

“When I first received the Carnegie Hero Award, I was still so sad over the tragedy that had occurred,” Darlington wrote to the Commission in May 2007. “Later, when the medal arrived, the award became tangible and I really felt excited and very humbled — but proud to have received this honor. The medal is beautifully handcrafted and the inscriptions are impressive. I shall always treasure it and the recognition of the Commission. When I wear the lapel pin I am reminded of the reason for the establishment of this fund.”

(Edited from a published obituary.) 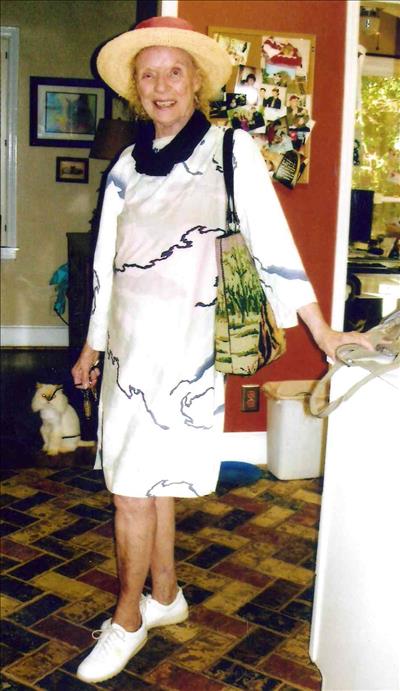