Earl E. Cummins saved Mary E. Shaffer from burning, Hyndman, Pennsylvania, September 29, 2004. At night, Shaffer, 76, was in the kitchen of the single-story house in which she lived after fire broke out at the rear exterior of the structure. Driving nearby, Cummins, 72, retired steelworker, saw flames issuing high above the house. Acquainted with Shaffer, he parked at the scene, positioning his car so that its headlights shined into the house through a large front window. He then approached the house, opened the front door, and shouted for Shaffer. Hearing her response, Cummins entered the house and, crouched over in the dense smoke and intense heat, followed her voice. He found Shaffer about 20 feet away, in the kitchen. She was hesitant to leave without her pets, but Cummins pushed her along as he retraced his course to the front door. They exited to safety. Flames spread quickly into the house. Both Shaffer and Cummins inhaled smoke, Cummins requiring hospital treatment. They recovered.

In 2004, Cummins saved a 76-year-old woman from burning after fire broke out in her Hyndman, Pennsylvania, home. Cummins, 72, was driving nearby and saw flames issuing high above the house of his acquaintance. He parked at the scene and positioned his car so its headlights shined into the house through a large front window. Cummins opened the front door and shouted for the woman. Hearing her response, Cummins entered the house and crouched over in the dense smoke and intense heat, following the sound of her voice. He found the woman in the kitchen. Cummins pushed her along, retracing his steps to the front door. They exited to safety. Both suffered smoke inhalation, and Cummins required hospital treatment, but they recovered. Cummins was awarded the Carnegie Medal in 2005.

In 1953, he married Shirley Rosel la Shumaker. The couple had five children that
they raised in Middle River, Maryland.

During the Korean War, Cummins served in the U.S. Air Force as a sheet metal
worker repairing damaged airplanes.

He had a lifelong passion for flying and aircrafts.

In 2012, he piloted his own powered parachute with his co-pilot, Bernie Shaffer,
for the last time at 80 years old.

Cummins retired from Bethlehem Steel and returned to Fairhope to live in the
home he built, which he referred to as “the second-best place.” He hosted many
train enthusiasts and fishermen in the A-frame on his property.

He was always helping people in need whether it was a stranger, family, friends, or
members of the community.

Stateside, he was always willing to travel across the country to welcome a new
grandchild or to support his loved ones in their endeavors.

Described by his family as a fierce competitor, Cummins enjoyed playing Phase 10,
shuffleboard, and racing.

He was an active member of several churches including Middle River Baptist,
Fairhope Community, and Faith Community, and volunteered at New Life Bible
Camp for over 20 years.

Cummins is survived by his wife of 68 years; sons, Steven, Stanley, and Kelly;
daughters, Lorraine and Amy; 10 grandchildren; 16 great-grandchildren; and
countless family and friends.

He was preceded in death by his brothers, Edwin, Homer, James, Blair, and
Clarence; sisters, Joanne, Ruth, and Sara; and son-in-law, Dale. 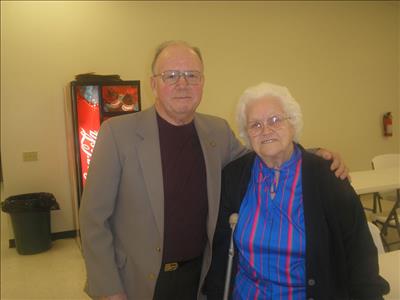