Dylan Patrick Smith helped to save Janet R. Bavasso, Kathryn M. Cregg, and four others from drowning, Rockaway Beach, New York, October 29, 2012. In the darkness, Bavasso, 52; Cregg, 52; and five others, who lived in two adjacent houses, became stranded in them by the catastrophic storm surge of Hurricane Sandy, which, about to make landfall, flooded their neighborhood with more than five feet of water. A fire that broke out nearby and began to spread in the 75 m.p.h. wind threatened the two houses, and their seven occupants gathered to flee together; their plan was to cross the flooded street to get out of the fire’s projected path, despite the floodwater’s very swift current and the debris that it carried. One of the male victims directed the assembly of cords and rope, which he tied together to make a line. Smith, 22, university student, who lived across the street, paddled his surfboard to the scene on hearing screams. Using the surfboard, he took one end of the makeshift line across the street, where another neighbor secured it to his house, and then he returned to the victims. Smith aided Bavasso onto the board and, using the line as a guide, ferried her across the street. Meanwhile, Cregg held to the back of the man who had assembled the line as he waded and swam across the street, also using the makeshift line as a guide. Despite advancing flames, which had reached the victims’ homes by then, Smith and the other man returned twice for the remaining victims and took them one at a time across the street to the other neighbor’s house. The two houses burned to the ground, as did 30 other structures in the neighborhood, but those across the street in the victims’ block were spared. 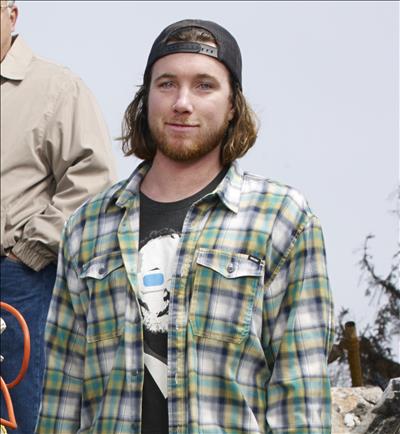