Lund, of Cross, S.C., started his racing career in Harlan in 1948 by driving motorcycles as a sophomore at Harlan High School. He was born in Harlan on Nov. 14, 1929, the son of Hazel McCuen Lund and Chris Lund.

Dale Swanson of Harlan, who built cars for the veteran driver in his early years, said “Tiny was the kind of guy who would give his last dime if you needed it. But he’d expect you to do the same for him if you were a true friend.”

It was the tragic end to a racing career that began on an auspicious note as a 17-year-old and a high school student, when he “borrowed” his father’s car and sneaked into a race at the Shelby County Speedway at Harlan. His father didn’t even know he was entered in the race until Lund crashed the car through the fence. Not until then did Lund’s dad recognize his car.

Lund appeared at the Shelby County Speedway on Aug. 23, 1974, and drove a 1974 Camaro. A spin-out in the heat race and an overheated engine in the main feature prevented Lund from finishing. Two days later, he appeared at Sunset Speedway, where he was involved in a minor wreck and also failed to finish the race.

His best year was 1963, when he won the Daytona 500 and finished in the top 10 in 12 of his 22 races. He collected $40,930 that year alone. The tragic mishap at Talladega began when Lund’s car touched the rear quarter-panel of J.D. McDuffie’s car as they came out of turn two. Terry Link, in another car involved in the accident, bounced his car off the wall and hit Lund’s vehicle broadside. Lund was still alive when he was pulled from the car but died less that 10 minutes after reaching the infield hospital. 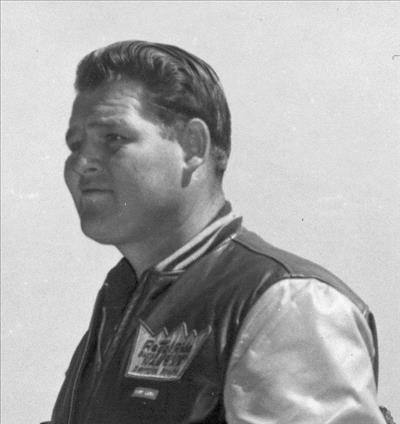