David R. McMillan rescued George Richards and Charles R. Ramsey from burning, Santa Ana, California, October 29, 1952. At night, a two-door sedan occupied by Richards, 21, and Ramsey, 26, crashed through a wooden barricade and came to a stop astride the edge of an excavation. Richards was injured severely and rendered unconscious by the crash, his legs being pinned beneath the dashboard. Ramsey was badly stunned and landed partly atop Richards. Flames broke out at the hood and spread into the automobile, reaching the men’s legs. McMillan, 49, chief probation officer, alighted from his automobile and ran to the open left door of the sedan. Dense flames filled the space beneath the dashboard. Extending his arms and head into the sedan, McMillan took hold of Ramsey and drew him outside. After dragging him away, McMillan returned to the doorway and obtained a hold on Richards. He repeatedly tugged on Richards but could not dislodge him. He groped downward along the front of the seat in an effort to free Richards’s feet, but intense heat forced him to withdraw. Leaning farther into the sedan, McMillan lifted Richards and with great effort freed him and drew him outside. He dragged Richards to safety as the flames increased in intensity. When McMillan again approached the car to search for other occupants, flames spurted upward from the floor of the front compartment and burned his face. Observing that the back seat was unoccupied, he left to summon aid. Flames consumed all but the metal parts of the sedan. Richards and Ramsey sustained severe leg burns and were hospitalized for five months. McMillan suffered burns of the hands and face that healed in 10 days.

David R. McMillan, chief probation officer for nearly 28 years for the county, collapsed near his office and died Friday from an apparent heart attack.

The 64-year-old McMillan, who had been in the county service since 1920, was rushed to Orange County medical Center where he died 22 minutes later in the hospital’s emergency room.

Mr. McMillan was an elementary school principal and high school teacher at Capistrano Beach before joining the county in 1930.

He was named probation department chief in May, 1939, and headed the department as it grew to more than 450 employees including the operation of Juvenile Hall, Juvenile Home, Joplin Boys Ranch and rehabilitation school.

His county employment was only interrupted by his service as a major in the Marine Corps.

Mr. McMillan, a native of Colorado Springs, is survived by his wife, Lorraine, 12822 S. Barrett Lane, Santa Ana; two sons, Robert, a captain in the Air Force, and David, a Marine Corps major, and six grandchildren. 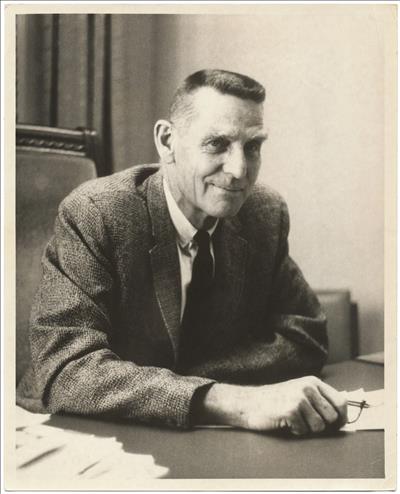