David Anderson Young attempted to help save Phillip L. Howell and others from suffocation, Trenton, Georgia, April 16, 1966. Howell, 27, and 10 Boy Scouts were exploring a large cave, unaware that it contained gasoline fumes as the result of a leak in underground pipes. He and three of the scouts were atop a ledge at one end of a large pit when a lamp ignited the gasoline fumes, causing a violent explosion and a huge flash of flames. Seven of the scouts went to the opposite end of the pit and climbed up a steep slope extending to the cave’s entrance, but Howell and the remaining scouts were overcome by noxious gases resulting from the explosion. They collapsed atop the ledge, which was 225 feet from the cave entrance. A group of college students, including Young, 19, were at another cave in the vicinity when they learned of the explosion. They responded to the scene and were informed that Howell and the three scouts were unaccounted for. Young, an experienced cave explorer who had been in the affected cave previously, and another of the students entered the cave, water-soaked clothing over their heads, following a youth who lived nearby and who also was familiar with the cave. All had flashlights, but dense water vapor limited their effectiveness, and the smell of gasoline was strong. The youth reached the base of the ledge and tried to climb it but then told Young and the other student that he felt weak and dizzy. They told him to leave, and he started toward the cave entrance. Young then aided the other student in climbing onto the ledge, where he tried to rouse Howell. Descending, he told Young that they would need help to remove Howell and the others. Starting toward the entrance, they found the youth nauseated and delirious and attempted to aid him, but they too became nauseated. Young lost consciousness. Two other students entered the cave; they advanced to Young, placed a mask on him, and took him to the foot of the slope, where they tied a rope around him. Young was then pulled up the slope to safety. Rescue squad members arrived, descended the slope, and removed the youth and the student who had entered the cave with Young. As they could not be revived, hope was abandoned for Howell and the three scouts. Several hours later, when a breeze entered the cave and improved conditions, the scouts began to revive and called for help. Rescue efforts resumed, and the scouts were removed from the cave. They recovered, as did Young, who required hospital treatment. Howell was found fatally injured, having fallen from the ledge.

Young graduated from Bainbridge High School and attended West Georgia College in Carrollton, Ga. He left college to join the Army, becoming a 5th Special Forces Group Green Beret. After an honorable discharge from the Army, he became a respiratory therapist and opened his own medical supply business. Young had offices in the Georgia communities of Athens, Gainesville and Toccoa.

Young started to explore caves while at college, joining the West Georgia Grotto club when it was formed in early 1966. He was probably the first person in that club to join the National Speleological Society.

In April 1966, there was an accident at Howard’s Waterfall Cave in Trenton, Ga., involving eight boy scouts and two trip leaders. They were trapped because of a gas leak into the cave from a nearby gas station, and their carbide lights set off an explosion. Young and Johnny Russell Mills, Jr., were caving in the area, heard about the accident, and went into this cave to assist in the rescue. They were overcome by carbon monoxide, as were some other fellow rescuers. Young and a couple of others were resuscitated, but Mills was one of three who died that day. Young and Mills were among four Carnegie Medal recipients because of their heroism in the cave. Young continued caving in the U.S. and Mexico. In July 1982, he was part of a team that set a world record rappel and climb on fixed rope on the west face of Mt. Thor at Baffin Island in Canada.

Young also was an avid gun collector who owned a gun store and property in Macon, Ga. After 27 years, he sold all of his business enterprises and retired to his 210 acre farm in Murrayville, residing there for 28 years. He and his wife, Audrey, enjoyed their Belgian horses, Quarter Horses, mules, beef cattle, dairy oxen, and Jersey cows. Young enjoyed collecting horse-drawn carriages, wagons, buggies, antique farm equipment, and even Ford Model A and Model T cars. He loved the outdoors, working on mending fences, bush-hogging, log-splitting, and cutting and baling hay.

(Edited from an obituary published in The Post Searchlight in Bainbridge.) 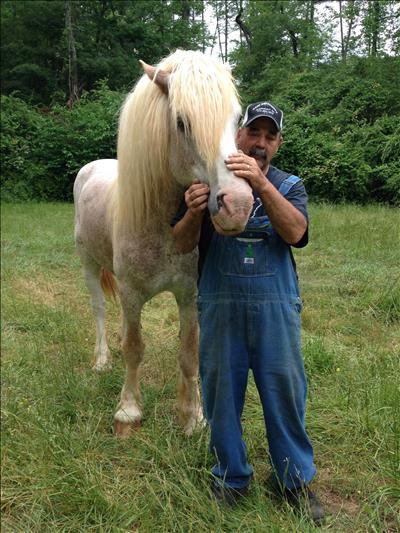