Damien Castro helped save Mark Jenkins from being struck by a train, Pacoima, California, January 9, 2022. Jenkins, 71, was inside a single-engine, fixed-wing airplane that crash-landed at a railroad crossing. Castro, 28, one of several police officers who responded to the scene, was directing traffic nearby, when a crossing gate descended and a five-car, 600-ton commuter train traveling at least 72 m.p.h. was approaching the crossing from a point about 3,500 feet away. Castro and another officer joined an officer at the cockpit, and Castro tried in vain to pull open what remained of the mangled cockpit door. When that failed, all three reached into the plane and hoisted Jenkins over the dashboard and through a broken-out windshield area. Castro and the other two officers had dragged Jenkins about 15 feet from the plane by the time the train struck it four seconds later. Jenkins was not injured in the rescue and recovered from crash-related injuries. Castro and the other officers were not injured. 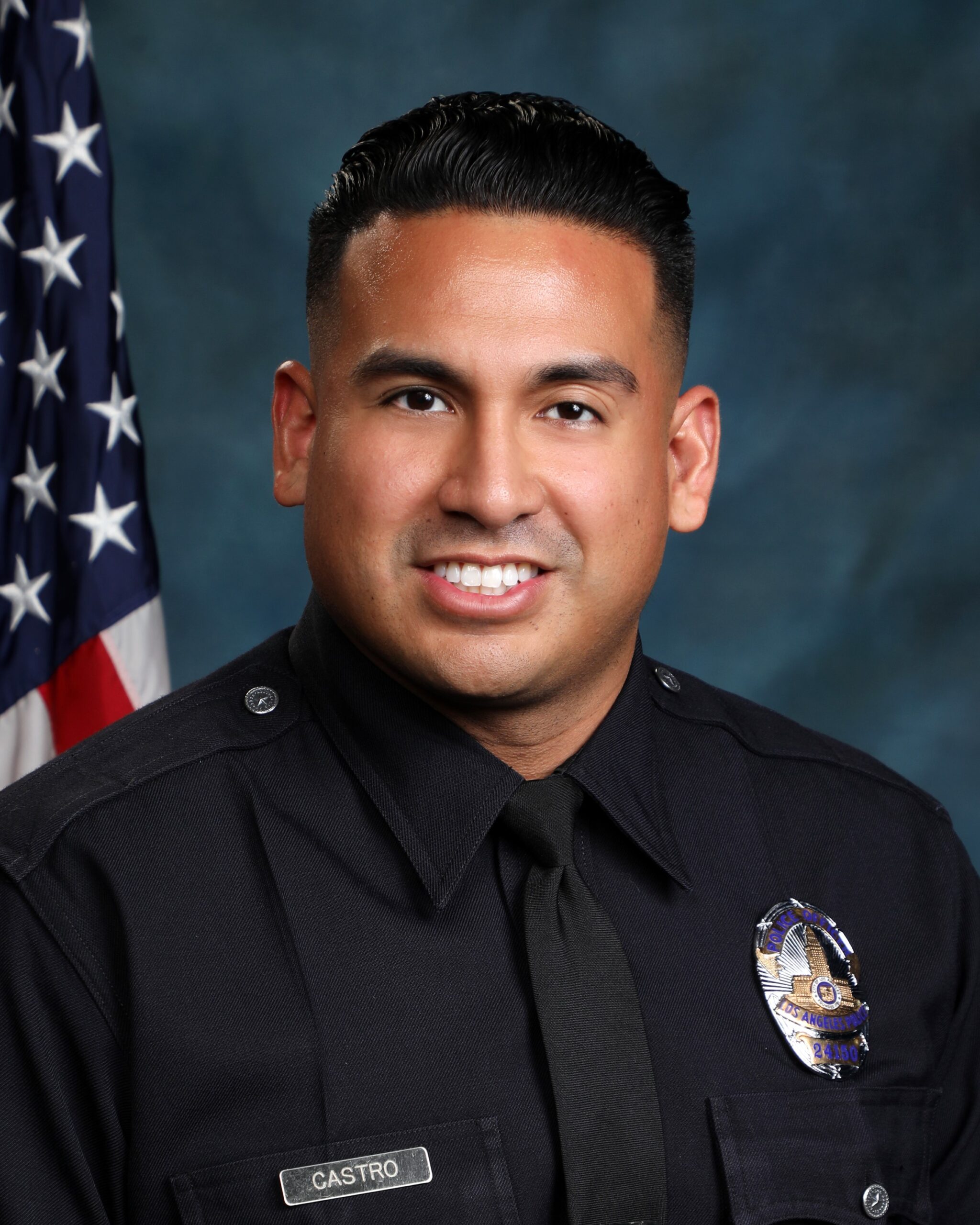