Craig Allen Cross rescued Isaac W. Bradburn from burning, Frostburg, Maryland, October 21, 2002. Bradburn, 70, was in the second-floor apartment of a two-story building when an explosion of leaking natural gas occurred in the unit’s living room at night. Two walls of the building were blown off, the roof collapsed partially, and flames that had broken out began to spread quickly throughout the building. At his home nearby, Cross, 32, teacher, heard and felt the explosion. Barefoot and in nightclothes, he ran to the scene after hearing Bradburn shouting for help. Cross entered the house through a gap created by one of the displaced walls, then climbed over debris upstairs to the kitchen of Bradburn’s apartment. He found Bradburn, dazed and badly burned, in the kitchen, the walls of which were aflame. Cross grasped Bradburn and dragged him to the stairs, then lifted him and took him down the stairs to where he handed him outside to another person. Cross then exited the structure before flames engulfed it. Bradburn was hospitalized three weeks for treatment of his burns, from which he recovered. Cross recovered from lacerations to his head and neck caused by his encountering debris.

Cross was born on Aug. 2, 1970, in Cumberland, and was a 1988 graduate of Allegany High School. He received a bachelor’s degree in English and a master of arts degree in teaching from Frostburg State University in Frostburg, Md. He was employed by Service Coordination, providing advocacy and support for the intellectually disabled.

Cross devoted his life to supporting people with disabilities to live and work independently in the community. He participated in the VISTA Program as Frostburg State, volunteered at the Cumberland YMCA, and received commendation from Maryland Lt. Gov. Kathleen Kennedy Townsend for altruistic efforts during a tornado in Frostburg.

Cross received the Carnegie Medal for his heroic actions, entering a burning building in the early morning hours saving his neighbor’s life. 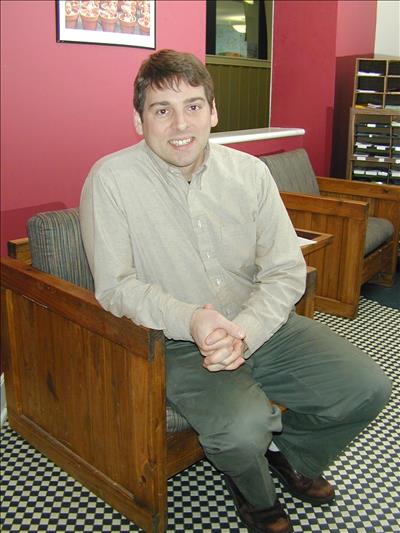