Clark Whitecalf rescued Jolei D. A. Farness from burning, Gallivan, Saskatchewan, August 31, 2015. At night, Farness, 18, was asleep in the living room of her family’s one-story house after fire broke out in the adjacent kitchen. In a passing vehicle, Whitecalf, 41, unemployed construction worker, and his family saw that flames had broken through the kitchen window, and they stopped at the scene. Whitecalf kicked in the front door to the house, which opened to the living room, but he could not see inside because of dark smoke. He ran into the attached garage and opened a door to the kitchen, but flames there blocked his entering that room. Exiting the garage, Whitecalf returned to the front of the house, where he learned that his family heard Farness coughing. Whitecalf crawled into the living room through the front door and found Farness unresponsive on a couch along the opposite wall of the room. After struggling to move her, Whitecalf exited for fresh air. He then re-entered the house, grabbed Farness under the arms, and dragged her to and through the front door to safety. Flames grew to engulf and destroy the house and a vehicle parked outside. Farness required hospitalization for treatment of burns, and Whitecalf inhaled smoke but declined treatment. He recovered. 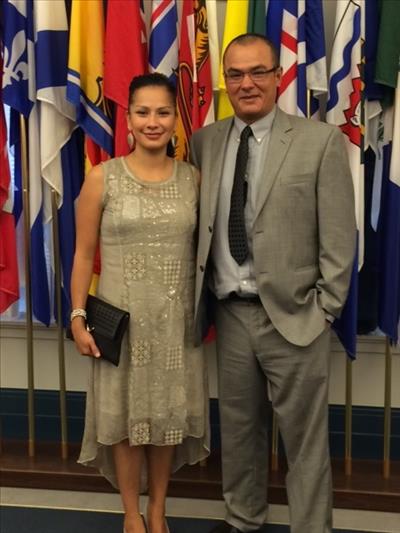