Christopher W. Schmoker helped to save Jason R. McKee from burning, Sturgis, South Dakota, May 12, 2018. McKee, 47, was unconscious inside a bedroom of a burning, split-level house. Schmoker, 37, police sergeant, was on duty and went to the scene, where he was told that McKee was inside an upper-level bedroom. Schmoker and a police officer entered the house, which was filled with dense smoke; flames were visible in the kitchen on the upper level. Schmoker and the officer went to the upper level but Schmoker returned to the landing while the officer crawled toward a bedroom to search for McKee. The officer returned to the front door, and he and Schmoker exited the house. The officer climbed a ladder below McKee’s bedroom window and heard McKee breathing. He descended the ladder and he and Schmoker entered the house again with wet shirts covering their faces, ran to McKee’s bedroom, and, with difficulty, dragged him from the house as flames spread to the ceiling near them. McKee was hospitalized for smoke inhalation and inhalation burns to his lungs. Schmoker sustained minor smoke inhalation; he recovered. 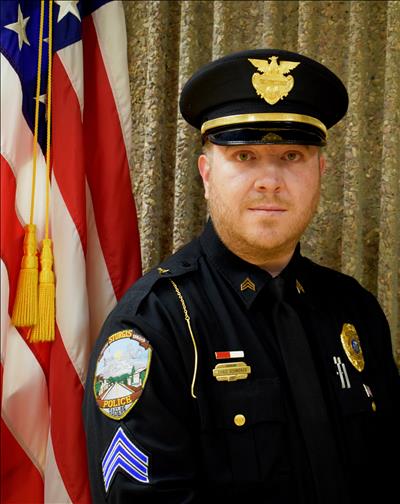