Christopher M. Olup helped to save Thomas C. Haley from burning, Willowick, Ohio, April 5, 2016. Haley, 54, who had mobility issues, discovered a fire in the first-floor laundry room in his two-story house. He crawled to a point in the living room that was at least 15 feet from the front door. Olup, 34, police officer, responded to the scene with another officer. Smoke issued from the house’s rear and through the open front door. Informed by Haley’s wife that he remained inside, Olup and the other officer entered at the front door. Overcome by smoke and unable to see Haley, they exited. While the other officer retrieved a flashlight, Olup re-entered and crawled through the living room, calling out to Haley, who answered. Flames burned at the rear of the house. Locating Haley, who was heavier than him, Olup grasped one of his wrists, rose to a crouching position, and dragged him toward the front door. The other officer re-entered and crawled until he located Olup, whose belt he grasped. As the other officer pulled Olup by the belt while moving to the door, Olup dragged Haley. At the doorway, a third officer arrived and helped to move Haley into the lawn. Olup and Haley were treated at a hospital for smoke inhalation and released that day. They recovered. 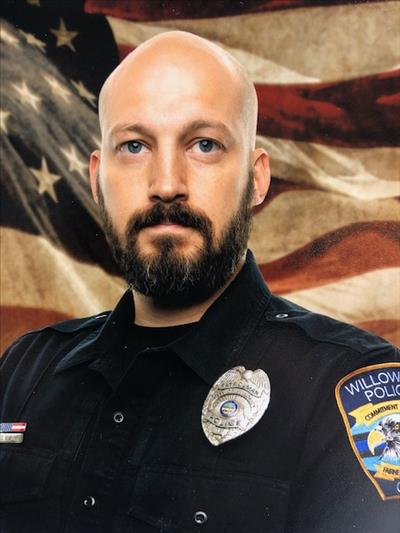