Christopher Chmielnicki helped to save Brenda D. Jelley from burning, Mount Pocono, Pennsylvania, September 18, 2015. Jelley, 50, was asleep in the bedroom of a 37-foot motorhome that her boyfriend was driving through a business district. Alerted to smoke issuing from the motorhome’s engine, which was at the rear of the vehicle, the boyfriend pulled over and exited to look at the engine and then returned toward the door for a fire extinguisher. Jelley woke up to smoke in the room, which also was at the rear of the vehicle. She went to the floor because of the heavy smoke but then lost consciousness. At a business nearby, Chmielnicki, 34, was alerted, and he ran to the scene, where he learned that Jelley was still inside the vehicle. He entered, went to the floor, and crawled toward the rear of the motorhome until he located Jelley. Securing a hold on her, Chmielnicki took her to the door, where with help he took Jelley down the motorhome’s steps and outside to safety. Meanwhile, flames that had broken out on the motorhome grew quickly, spreading to engulf the vehicle, set fire to a car it was towing, and reach overhead power lines. Both Jelley and Chmielnicki suffered smoke inhalation that required hospital treatment. 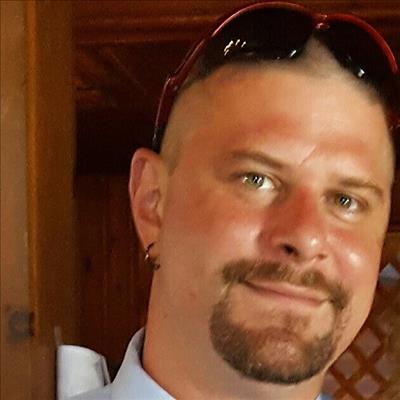