Charles Gordon saved Lynn P. Peterson from assault, Los Angeles, California, August 26, 1991. Miss Peterson, 42, was in a state office building courtroom when a man threatened her with a handgun. She shouted, attracting the attention of Gordon, 62, judge, who was in his adjacent chambers. Gordon opened the door of his chambers and saw the assailant holding the gun to Miss Peterson’s head. He began to approach the assailant while talking calmly to him. When Miss Peterson then pushed the gun away, Gordon lunged at the assailant, knocking him to the floor. The assailant dropped the gun, which was retrieved by Miss Peterson, and police arriving shortly arrested him.

Charles Gordon, an administrative law judge for the Workers’ Compensation Appeals Board in California, died of interstitial lung disease on Jan. 30, 2009, at age 80.

The judge was in his chambers at the state building in downtown Los Angeles on Aug. 26, 1991, when he heard a “yelp” from his courtroom. He quickly walked into the courtroom and found Mulji Patel, a former employee of Rockwell International Corp., holding a .22-caliber pistol to the head of Rockwell attorney Lynn P. Peterson. The courtroom had no bailiff and was patrolled by state police.

Gordon calmly walked toward the gunman and, with what Peterson later described as a “low, soothing voice you use to put kids to sleep,” tried to calm the situation. Patel pressed the gun harder against the head of Peterson, who reached up to swat the weapon away.

“I was more worried about her than myself, so I lunged at him and we fell [over the counsel’s table] to the floor,” Gordon told The Los Angeles Times some years ago. “The gun fell out of his hand, and Lynn grabbed it.” State police arrived quickly and arrested Patel. It was subsequently determined that the gun was unloaded. Nobody was injured in the incident, and Peterson recalled that the judge told officers to be careful in handling Patel because the man claimed to have a bad back.

Patel was charged with bringing a weapon into a courtroom and false imprisonment. He was convicted and sentenced to a year in county jail but served three months.

For his heroism in defusing the situation, Gordon was awarded the Carnegie Medal on July 6, 1992. Gordon, who received several other honors for his action, downplayed his response.

“He believed any human being faced with those circumstances would have done the same thing,” Peterson said in an interview with The Times. “I spent 19 years telling him that he was wrong on that score.

“Most people would have run for cover and called 911. He was just a remarkable human being.”

Gordon was born in Brooklyn, N.Y., on Jan. 7, 1929. He earned his undergraduate degree at City College of New York and served in the Army in Europe after World War II. He returned to school after his discharge, earning his law degree at UCLA.

Gordon was in private practice for nearly 30 years before becoming a workers’ compensation judge, a post he held for 20 years and was still actively engaged in when he fell ill weeks before his death. He lived in Encino, Calif. 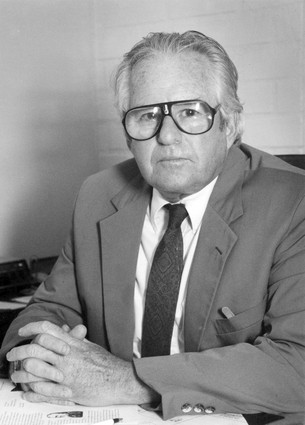