Carl E. Benson, 14, school-boy, attempted to save John C. Davey, 14, school-boy, from drowning, Anita, Iowa, March 3, 1936. Davey fell from a bridge into water 10 feet deep in Turkey Creek 25 feet from the bank, and he drifted among scattered ice-cakes in a current of two m.p.h. Benson, who was fully clothed and wore boots, dived from the bank and swam toward Davey, at times striking ice-cakes with his arms. Reaching Davey after swimming 20 feet, he took hold of Davey’s shoulders. Davey threw one arm around Benson’s neck, and both were submerged. Under water Benson pushed his knee against Davey’s stomach and pulled Davey’s arm from around his neck, and they rose 15 feet apart. Benson swam toward Davey, but Davey sank before Benson could reach him. Davey was drowned. Swimming with the current and angling toward the bank, Benson reached the bank after swimming 60 feet.

Benson served in the Marine Corps during World War II. Beginning in 1945, Benson owned and operated seven movie theaters in southwest Iowa. In 1953, he began working for Sinclair Oil in Atlantic, Iowa, and, in 1956, worked as a purchasing agent for Raymond Concrete Pile Company of New York in Monrovia, Liberia.

In 1967, he purchased and operated Cutuan Oil Company in Brainerd, Minn. He owned the Chevrolet and Buick dealerships in Emmetsburg, Iowa, in 1965, and then in 1970 bought Allen Motor Buick in Ames, Iowa, changing the name to Benson Motors, Inc. Benson Motors was well-known for sponsoring the Iowa State Men’s Basketball Shoot 5 for 5.

Benson was a devoted fan and supporter of Iowa State University. He also was a member of St. Cecilia Catholic Church, the Knights of Columbus, the Ames Moose Lodge, the Ames Elk Lodge, and Ames American Legion Post #37.

Benson was active in the Iowa Auto Dealers Association, the Ames Chamber of Commerce, Ames Golf and Country Club, the Order of the Knoll at Iowa State University, and the Tequesta Country Club, Tequesta, Florida. He was honored with the Carnegie Medal for a heroic act he performed at age 14.

He was buried in a cemetery in Atlantic. 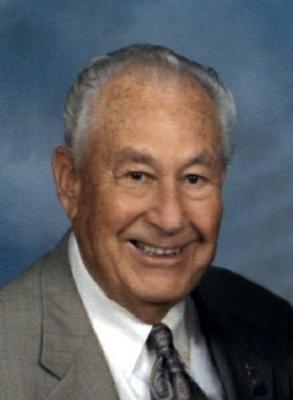