Brian Kunze helped to save a woman from burning, Tucson, Arizona, June 18, 2016. In the early morning, the 82-year-old woman, who was bedridden and on oxygen therapy, was in a bedroom of a one-story house when her adult daughter was assaulted by her grandson who possessed gasoline-filled bottles and was armed with a sword. The daughter fled the house. Responding sheriff’s deputies, including Kunze, 49, sergeant, smelled natural gas inside the house and, concluding that the woman was in danger, Kunze used a tool to break open her bedroom window. As another deputy began to enter the room through the window, a sudden explosion inside the house blew him outside into the yard; Kunze, standing by the window outside, was knocked back. Flames briefly filled the room, then receded to an adjacent hallway. Kunze climbed through the window into the bedroom, and moved to the woman’s bed. Kunze lifted the woman and carried her to the window, passing her outside to deputies who took her to safety as Kunze exited. The grandson, who remained inside, perished. The woman suffered a cut on a leg but was not burned. Kunze recovered from a cut on his left hand. 88845-10024 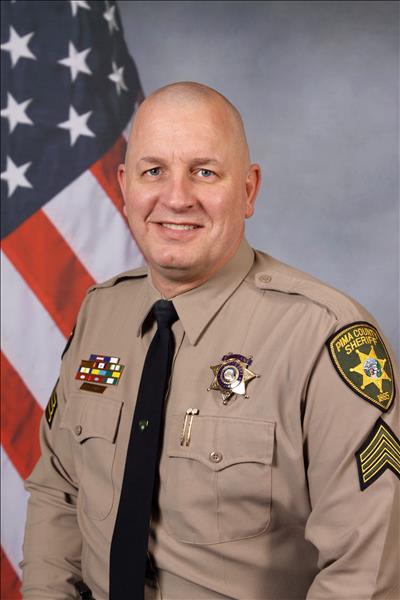