Andre J. Ledbetter, 18, schoolboy, saved Paul K. Schreiber, 45, glass company proprietor, from burning, Vancouver, Washington, February 6, 1965. At night when fire broke out in the living room of their one- story brick and frame dwelling, Schreiber’s wife awakened him. She broke a bedroom window and climbed out, but Schreiber went into an adjoining bathroom and broke a small window there. Overcome by smoke he had inhaled, he fell to the floor. A number of neighbors, including Ledbetter, arrived as the rapidly spreading flames completely engulfed one end of the dwelling. Learning that Schreiber was inside, Ledbetter climbed into the bedroom, sustaining some cuts from the broken glass. He started toward the bathroom but had difficulty breathing because of the dense smoke and returned to the window for air. He then crawled 10 feet to the bathroom, where he found Schreiber unconscious. Heat was intense and flames were within inches of Schreiber. Flames singed the hair on Ledbetter’s arm as he took hold of Schreiber and with some difficulty dragged him to the bedroom window. He placed Schreiber’s arm over the sill and then climbed out, coughing from smoke he had inhaled. Flames appeared in the bedroom as Ledbetter and others pulled Schreiber through the window opening. They carried him away from the dwelling and revived him.

A Carnegie Hero, he passed away peacefully in his home surrounded by family and his beloved dog. Andy is survived by his son, Jason (Amanda) Ledbetter of Pahrump, Nevada, his daughter, Kristina (Kevin) of Milwaukie, Oregon, and his loving grandchildren. He was preceded in death by his wife, Patricia Ann (Beaupre) Ledbetter, in 2012.

Andy was born to Edward and Aniela Ledbetter. He attended school in Vancouver, where in 1965 at the age of 18 he bravely rescued a man from a burning home that was engulfed in flames, during which he himself sustained minor injuries. Andy is a true American hero and for his heroic action was nominated and received the Carnegie Hero Medal for lifesaving actions. While in high school, for a short time Andy was an amateur boxer and his favorite sport was boxing.

Andy met his beloved wife Patricia while still in high school and like most kids of the 1960s embraced the flower power and moved for a short while to San Francisco and enjoyed the music culture. They returned to Vancouver, Wash., and married on Dec. 9, 1970 in Vancouver and had two children.

Andy enjoyed the great outdoors and lived in Klickitat, Wash., where he enjoyed fishing and photography. He also lived on the Long Beach Peninsula, where he loved clam digging and beach combing. In 2006, he and his wife retired to Pahrump, Nevada to enjoy the desert, desert exploring and watching wild horses.

Andy will be missed dearly by his family. He always had a wonderful way to make people laugh and see the positive side of things. He was a very happy person. A private memorial is planned. Anyone wishing to honor or remember Andy is asked to make a donation in his name to the ASPCA as he so loved animals. 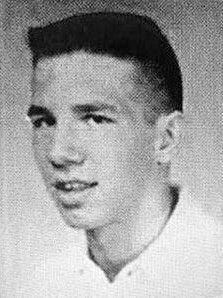