Alexander F. Dunn died attempting to save E. Alexander Gregory from being killed by a train, Washington, D.C., February 8, 1926. Gregory, 10, started over a railroad crossing as a train, running 50 m.p.h., was approaching. He stopped between the rails. Dunn, 67, crossing watchman, holding a warning sign, stood on the opposite side of the crossing, six feet from the track. He took several steps and a jump to Gregory, and, as he touched Gregory, they were struck by the train and killed.

Alexander Dunn, 67-year-old watchman at the Chestnut Street railroad crossing in Takoma Park, Md., died on Feb. 8, 1926, in an attempt to save a boy from being ground under the wheels of a train.

The bodies of the two were found together in a ditch more than 100 feet from the scene of the accident. Less than five minutes before, the boy, on his way to school, had kissed his mother and his sister goodbye at his home.

Dunn had been employed by the Baltimore & Ohio Railroad for more than 30 years, the last five spent at the Chestnut Street crossing.

(Edited from newspaper accounts of the incident provided by a family member.) 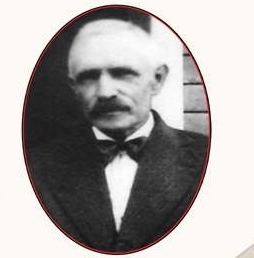