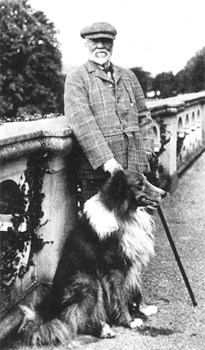 Andrew Carnegie was born in Dunfermline, Scotland, on November 25, 1835. He was the first son of William Carnegie, a linen weaver and local leader of the Chartists (who sought to improve the conditions of working-class life in Great Britain), and of Margaret Carnegie, daughter of Thomas Morrison, a shoemaker and political and social reformer.

William Carnegie’s handloom business dwindled in the wake of industrialization, and in 1848 the family emigrated to the United States, settling in Allegheny, PA. There, at the age of 13, Andrew began his career as bobbin boy in a cotton factory. A voracious reader, he took advantage of the generosity of an Allegheny citizen who opened his library to local working boys. Books provided most of his education as he moved from being a Western Union messenger boy to telegraph operator and then to a series of positions leading to superintendent of the Western Division of the Pennsylvania Railroad. 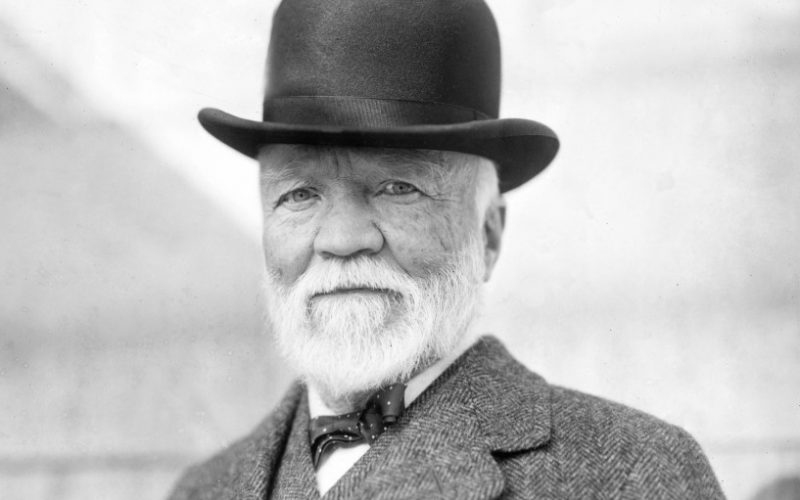 While still employed by the railroad, Carnegie invested in a new company to manufacture railway sleeping cars. From there, he expanded his business ventures to encompass the building of bridges, locomotives, and rails. In 1865, he organized the first of his many companies, the Keystone Bridge Company, and in 1873, the first of his steel works. Carnegie’s companies were founded not as stock corporations but as partnerships, in line with his philosophy that “it shall be the rule for the workman to be Partner with Capital, the man of affairs giving his business experience, the working man in the mill his mechanical skill, to the company, both owners of the shares and so far equally interested in the success of their joint efforts.” As associates, Carnegie attracted young men with exceptional talent for organization and management. The steel company prospered, and when Carnegie sold out to J.P. Morgan in 1901, the Carnegie Company was valued at $400 million. It figured prominently in the newly formed United States Steel Company. 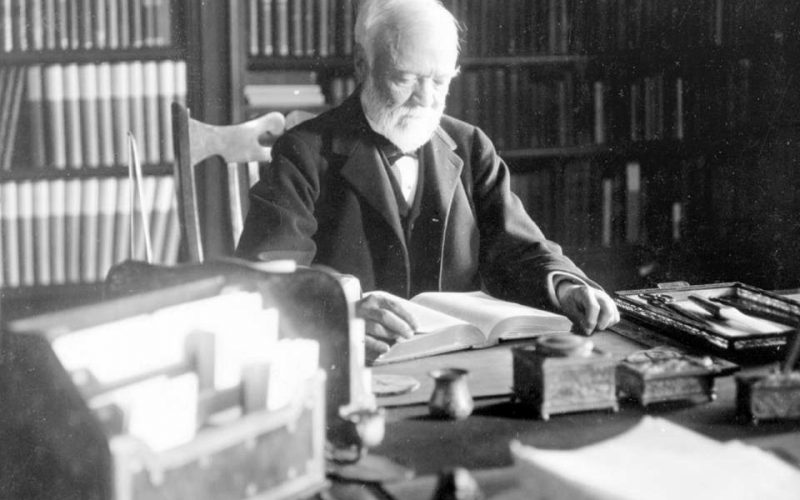 Carnegie’s philanthropic career began around 1870. He is best known for his gifts for free public library buildings. His first such gift was to his native Dunfermline in 1881, and it was followed by similar ones to 2,508 communities in the English-speaking world. In 1889, he wrote “The Gospel of Wealth,” in which he boldly articulated his view that the rich are merely “trustees” of their wealth and are under a moral obligation to distribute it in ways that promote the welfare and happiness of the common man. Carnegie was a prolific writer, but the quotation for which he is most famous comes from “Wealth:” “The man who dies thus rich dies disgraced.” 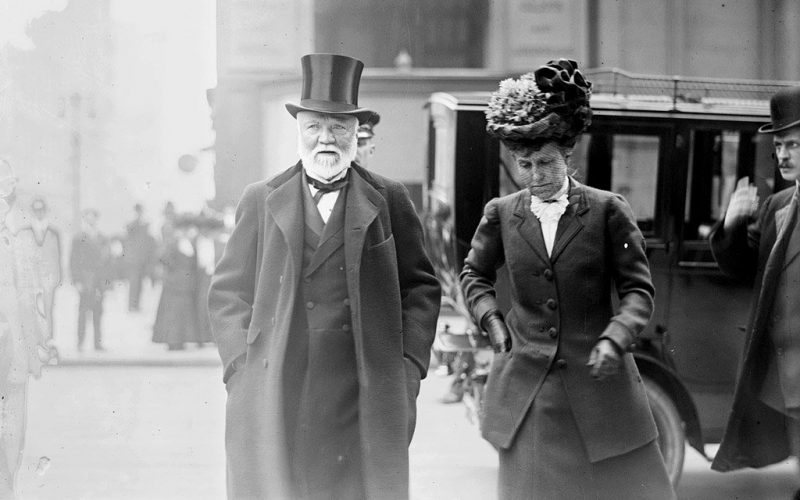 When Carnegie retired from business in 1901, he set about in earnest to distribute his fortune. In addition to libraries, he provided hundreds of church organs to local communities. He was the benefactor of numerous colleges and schools and of nonprofit organizations and associations in his adopted country, in his native land, and in other parts of the world. His most significant contribution, both in terms of money and in terms of enduring influence, was the establishment of several endowed trusts or institutions bearing his name.

Andrew Carnegie died in 1919, leaving his wife, Louise Whitfield Carnegie, and their daughter, Margaret Carnegie Miller. All told, he had given away about $350 million during his lifetime, but the legacy of his generosity continues to unfold in the work of the trusts and institutions that he endowed.