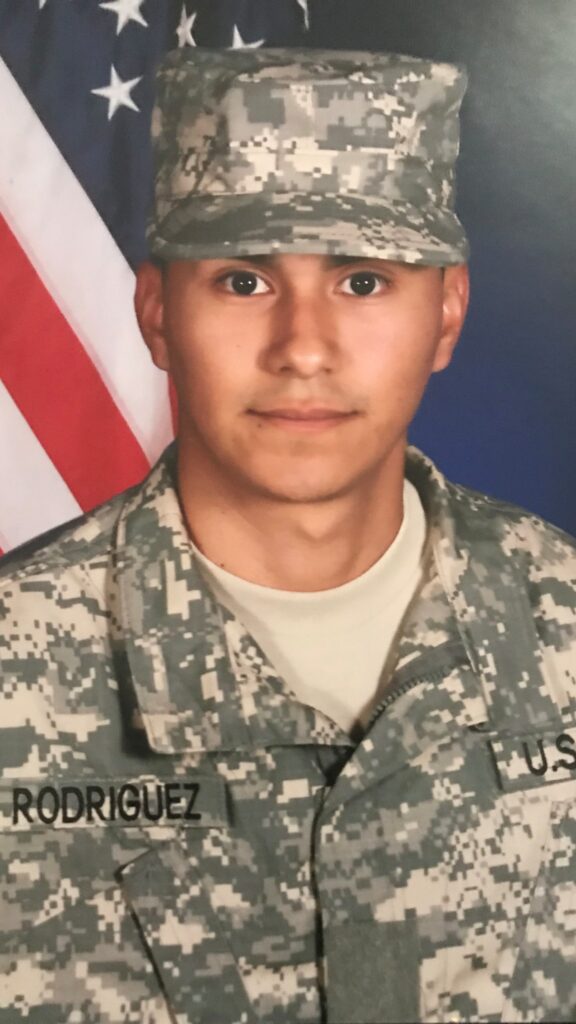 On June 1, 2020, a Nevada state trooper risked his life to help save a woman from taking her own on an overpass over an interstate in Henderson, Nevada. The 30-year-old woman was clinging to the outside of a chain-link fence on the overpass, crying and threatening to fall, when Rafael A. Rodriguez, 38, arrived on the scene. Rodriguez spoke to the woman in an effort to calm her and, when other officers arrived at the scene, one of them hoisted Rodriguez onto the fence. Rodriguez climbed up the fence, including over a part at the top which curved inward and then maneuvered toward the woman. Releasing his grip on the fence, he handcuffed the woman’s wrists to the fence to secure her. Fire rescue personnel arrived shortly and removed the woman from the bridge to safety.