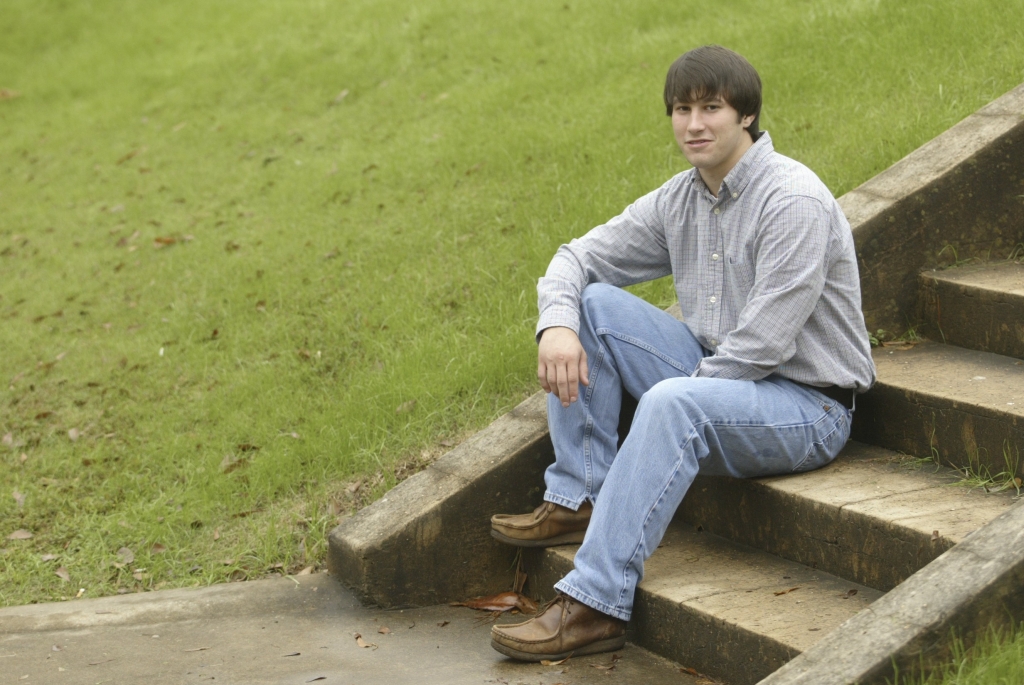 As a member of a Dixie League team, 16-year-old Jared C. Williams was accustomed to facing curve balls on a south Alabama baseball field, not in the waters of the Gulf of Mexico. But life threw the 10th-grader a curve on a hot spring morning in 2002 on a quiet stretch of sand in Panama City Beach , Fla.

He was vacationing there, with six other teenagers and their two adult chaperones, as were thousands of college students on spring break. To avoid the college crowd, the two chaperones-Miss Susan and Miss Lori-had rented a condominium near a less-popular part of the beach. Sunshine and relative quiet would be just fine, the women felt.

Jared was older than the other teenagers in his party. His brother, 14, was a buddy of Miss Susan’s son, and the four others-all girls-had more in common with each other than with Jared. Add to that the fact that Jared was “a quiet kid” and you have the ingredients for a sedate vacation, especially for a 16-year-old boy.

But then came the curve.

It was the second day of the group’s stay-the Wednesday before Easter. Two of the girls, Hayden and Jennifer, were in the water, content to wade close to shore. Jared’s brother and his buddy were off seeking their own fun, the two chaperones and another of the girls were on the beach, sharing small talk and enjoying the sun, and Jared sat solitary on the sand.

Miss Lori looked at Hayden and Jennifer and concluded that they were too far out. Her daughter’s admonition not to worry did not pacify her. She walked down to the water’s edge, where she raised her arm to beckon the girls to return.

At that point, no one on shore realized that Hayden and Jennifer had been trying to return. They could still touch bottom, except when a wave rolled over them, but the frightening part was, despite their excellent swimming abilities, they had been pulled from shore by the current and could not overcome it. Neither rip currents nor undertows are unknown along the beaches of the Florida panhandle, and the girls wondered if they were about to become the latest victims.

By then Miss Susan had come to share Miss Lori’s anxiety. While she ran along the beach looking for someone to help, Jared waded out toward the girls, presuming that assisting them would be an easy task. He was a good swimmer – what he knew about swimming and the gulf came from his family’s vacations to Panama City Beach.

Without difficulty, Jared swam to Hayden, unaware of the menacing current because it was flowing out from shore. Hayden was almost exhausted when Jared grasped her and began to swim back in. Immediately he encountered the force that had kept the two girls from returning.

The current felt like a “push,” Jared would say later. When a wave rolled over him and Hayden, both submerged, and at times they took in water. Beneath the waves they were tossed around. Despite that, Jared made progress and finally reached a point just a few feet from shore where he felt no current. Hayden stumbled the remaining steps from the water. It had taken Jared more than 10 minutes to rescue her.

Jennifer, meanwhile, had been pulled farther out. Tired, but confident that Jennifer’s rescue would be no more difficult than Hayden’s, Jared swam out again. The return to shore with her was more of a struggle than it had been with Hayden. At one point, the thought came to his mind, “Maybe we’re not gonna make it…” For a moment the doubt festered, but then, relying on the discipline he had learned as a ballplayer, he forced himself to think of other things.

Back on shore, it was obvious to the members of Jared’s group that he and Jennifer were in trouble. Miss Susan and Miss Lori, both terrified, stood in wadable water, silently urging Jared on. When they were within reach, one of the women pushed a small foam board toward them. Hayden and Jennifer lay on the beach, too exhausted to walk back to the condominium, and the inside of Jared’s mouth was sore from the saltiness of the water he had ingested. The three recovered by the next day, but no one went back into the water for the remainder of their stay.

A year after his heroic actions, Jared was awarded the Carnegie Medal for risking his life to save the girls. The flare of public attention on the young rescuer has sputtered with the passage of almost three years, and Jared has resumed a quiet and steady routine, which seems to suit him well. After graduation from high school, he enrolled at Shelton State Community College in Tuscaloosa. In his first academic year, he is considering as career as a nurse-anesthetist.