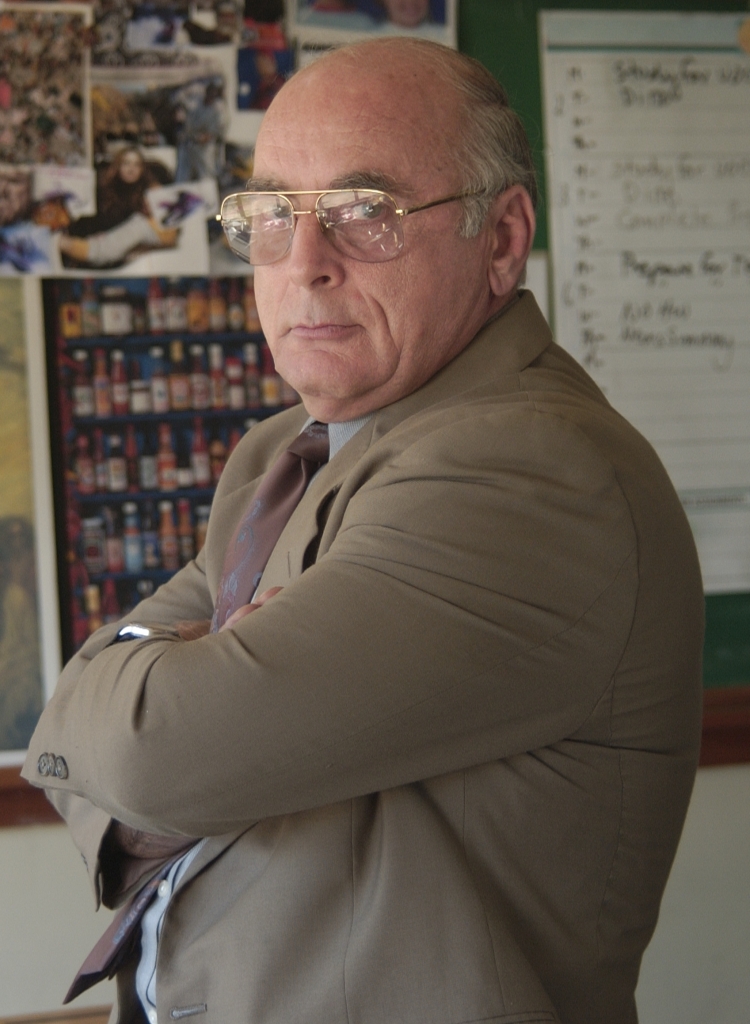 One of the first things Daniel E. Stockwell remembers about splashing into the water off Maine’s Fox Island decades ago was how cold it was. Just earlier, the huge waves had pulled two fellow Bates College students into the undertow, one of whom had been swept away trying to save the other. Standing in a crowd of spectators, Stockwell, then in his junior year, jumped in after them—managing to bring one safely to shore.

As principal of Monadnock High School, East Swanzey, N.H., he also walked into a classroom where, in 1991, a teenager held roughly 15 children hostage with a rifle. And, in 2005, when a recurrence of cancer handed him a death’s sentence, he did exactly what he had done before. He dove into battle.

Stockwell, 64, of Roxbury, speaks of his heroic deeds simply, in a voice that can be hard to hear. But according to family members, it is this quality of calm and focus—rather than any superhuman prowess—that makes him capable of great deeds. “I think he has an inordinate ability to focus and draw from his inner strength,” said his wife, Merry, 63, who was at his side for the Maine rescue. Son Michael R. Stockwell, 27, described him in similar terms, “He’s able to keep his head under pressure.”

This was certainly evident that morning in 1991 after a former student fired shots in the Monadnock High School cafeteria, and Stockwell—the school principal—made a series of quick decisions that prevented probable disaster. He had the foresight to advise a coworker against pulling the fire alarm because it might put children in the gunman’s path. And after voluntarily entering the classroom, he managed to calmly convince the teenage gunman to release the children while he remained hostage.

“I didn’t know how the hell I was going to get out of there,” said Stockwell, who remembers having to force the belief that he was about to die from his mind. Still, when the gunman told him his “demands”—a stereo and his friend—Stockwell was clear-headed enough to relay the message through an open window instead of over the public address system. By moving to the window, he realized, the boy would have to turn his back to the police officer Stockwell had spotted outside the classroom. Moments later, the crisis was averted.

But fighting cancer was different, as a course of action wasn’t as clear as jumping in the ocean or opening a door. And, as Merry said, with cancer, her husband had more time to think about the danger. “He’s always felt some measure of control when things have happened to him in the past,” Michael said. “He could always see what had to be done … and with cancer, there really wasn’t any clear path.”

In 2005, after Stockwell had undergone surgery and chemotherapy for lung cancer, doctors discovered cancer in the spine. Not shying away from grim reality, Stockwell pressed a doctor to tell him “how it was going to happen.” His answer was that the disease would likely spread through his body, “like grass seeds” in wind.

But what the lack of medical cure told them, Stockwell said, was that they had to explore alternatives. Again, Stockwell looked inward—only this time in a more formalized process, through meditation. “For me to tell you what I’ve done and that meditation is a cure, I can’t say that,” Stockwell said. But he does know how certain he felt one day last year when he was struck by an overwhelming sense that his cancer was gone.

In May 2006, he asked for another scan, and it showed no detectable sign of the disease. Another test revealed the same result last October—about a month after Stockwell started feeling the pains that would lead to yet another daunting diagnosis: coronary disease. But today, after receiving a stent, a small tube that helps to keep an artery open, and graduating from a rehabilitation program at a wellness center, Stockwell is doing great, Merry said.

Since last summer, the couple has shared its story to New Hampshire Unitarian congregations—although, Merry said, they would be happy to speak to anyone who would invite them, in an effort to give hope to others. “We don’t do this to say, “we found the answer to cancer,'” Merry said. “We just try to share how we, as one couple, chose to meet the challenge.”

And although Stockwell is the first to admit that he has no idea exactly what caused the apparent change in his health, he does believe that people have an internal force—and when he tapped into that force, he said, good things started to happen.

But still, neither Stockwell nor his wife is counting their chickens. “No one has said that he is cancer-free… It just has not done what they said it was going to do,” said Merry, who nevertheless plans to keep her husband around for another 30 years. “I don’t call myself a survivor. I say I’m surviving,” Stockwell said. And, in the meantime, he remains the only living man to have won the Carnegie Medal of Heroism twice.

(Daniel E. Stockwell, at the age of 67, died September 15, 2009 after his courageous battle against cancer.)