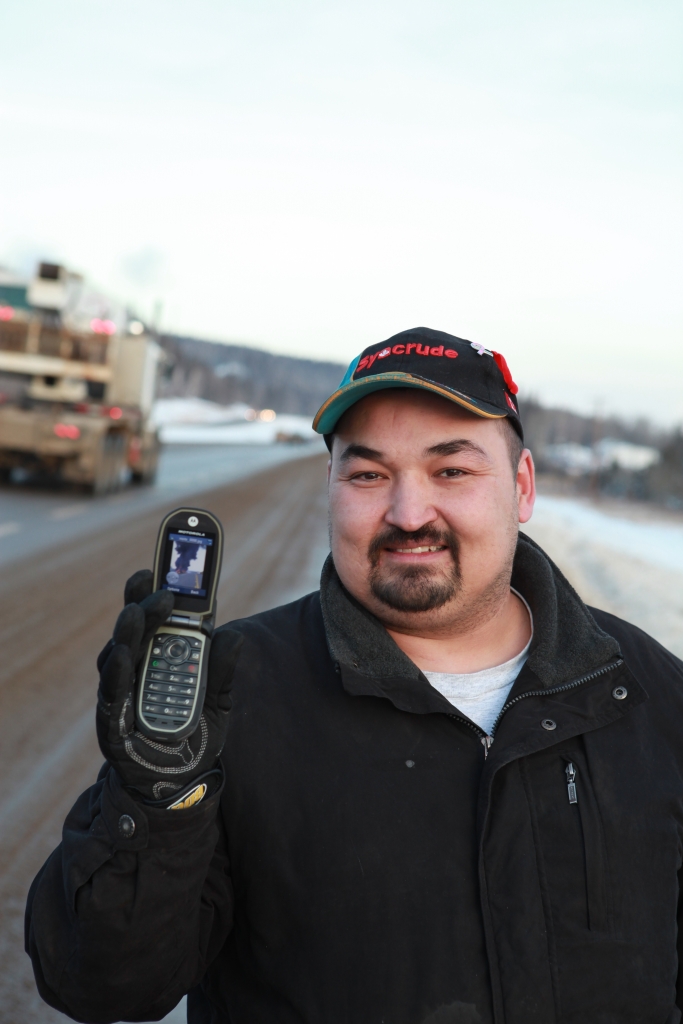 It was a spectacular rescue act, worthy of the bronze, silver, and gold medals that were bestowed on the hero. But when Michael V. Sharpe, now of Fort McMurray, Alta., risked his life to save the driver from an overturned and burning tank truck that had been carrying a load of jet fuel, he had no idea of the international accolades he would receive.

Sharpe, 37, was first awarded a silver medal for bravery from the Royal Canadian Humane Association in recognition of his heroic actions of Sept. 29, 2009. On that fateful day, he and a coworker were returning from work when they witnessed the truck—a tractor pulling two tandem trailers carrying a combined load of 9,200 gallons of the fuel—swerve to miss an oncoming vehicle. The rig, also carrying more than 200 gallons of diesel fuel, left the highway, skidded about 600 feet, and came to rest on its side, aflame, in a grassy area just off the road shoulder. The accident took place near Wandering River, about 100 miles north of Edmonton, Alberta’s capital.

Not seeing anyone leave the truck, Sharpe leapt into action. “I was right there at that second. I knew if I didn’t do something right then, I wouldn’t be able to help him,” he said. Sharpe, a heavy haul operator for Syncrude Canada, Ltd., found the driver trapped in the cab as flames 10 to 15 feet high issued from the area between the tractor and the first trailer. The 6,000 gallons of jet fuel in the first trailer were burning.

When Sharpe and his coworker were unable to kick out the truck’s windshield to gain access to the driver, who was screaming for help, the coworker ran for a tool. Sharpe climbed atop the tractor and with difficulty worked to open the exposed passenger door, having to move aside parts of the wreckage. The driver emerged through the opening and with Sharpe dropped to the ground and ran to safety. The driver had only minor injuries, but Sharpe sustained burns of up to third degree to an arm and hand. He was taken to the hospital for treatment.

Shortly after receiving the Canadian association’s medal, Sharpe was informed that he was chosen to receive the Stanhope Gold Medal, which is presented annually by the Royal Humane Society, London, to a recipient of a humane association award from either Australasia, New Zealand, New South Wales, Canada, or the U.K. The president of the Royal Humane Society, Princess Alexandra, cousin to Queen Elizabeth II, presented the Stanhope Medal to him at a ceremony in Haberdasher’s Hall, London.

Sharpe’s award trifecta was completed in December of 2010, when he was awarded the Carnegie Medal.

Awards were not on Sharpe’s mind at the time of the rescue, nor was he thinking of the risk to his own life. “For me, it was about the person behind the risk,” he said. “I had to help him. At first I didn’t feel threatened by the flames but later realized the gravity of the situation. I drew a 50-50 card and came up lucky.”