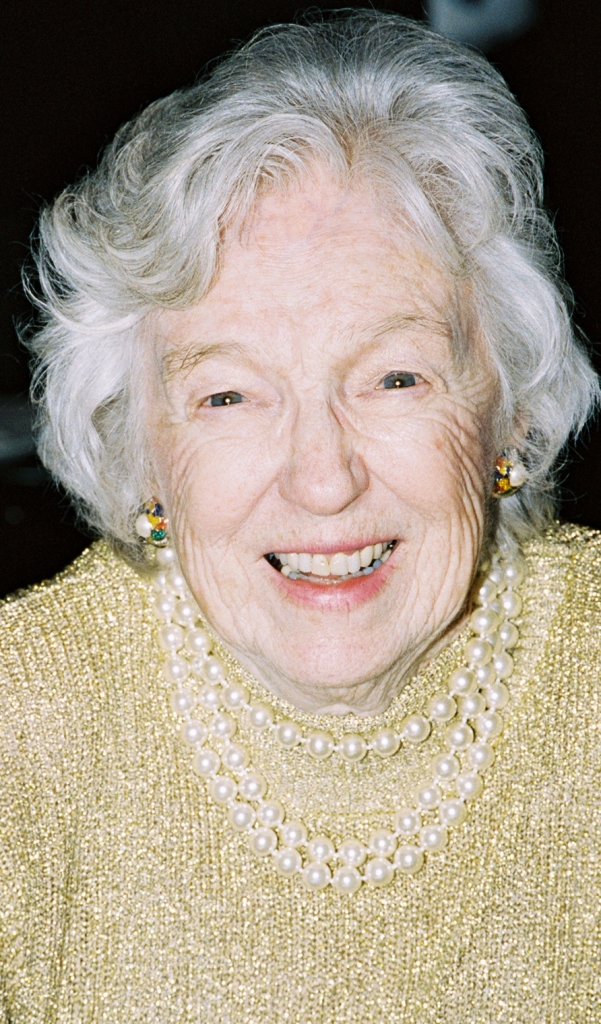 Octogenarian Carolyn M. Kelly didn’t hesitate before diving into a pond to save her 83-year-old neighbor from drowning.

“Somebody had to do it and I was the only one at the scene who was capable,” she said. The neighbor had been a passenger in a car that was accidentally driven into the pond, which was on the grounds of a retirement village in Shreveport, La. Mrs. Kelly and her husband had moved to the community only weeks before.

Removing her outer attire, Mrs. Kelly swam 50 feet to the woman, a nonswimmer, and held her above the surface of the 11-foot-deep water until rescue workers arrived. Sadly, the neighbor died the following day.

For her act, on Sept. 1, 2002, Mrs. Kelly, then 81, was awarded the Carnegie Medal, becoming the oldest woman at that time to have been given the award since the Commission was founded in 1904. The distinction has since gone to an 86-year-old woman who was cited posthumously for attempting to save her son from a house fire.

Mrs. Kelly is no stranger to water. Until a year before the rescue, she swam every day, an activity traced to her childhood. She was born in Montgomery, Ala., and moved with her family to Mississippi during the Depression. On their property was a seven-acre lake, where her father, a mill supply salesman, had a gristmill to grind corn and wheat for the local farmers. Mrs. Kelly regularly swam in the lake.

Church and education played a large role in the family’s life. Mrs. Kelly and her two sisters went to Sunday school and church every week while growing up, and all three attended Mississippi State College for Women. While there, Mrs. Kelly taught Sunday school to boys from a nearby orphanage. The girls’ mother also had attended college, and their grandmother was schooled in Livingston, Ala., as a music teacher.

After graduating with a degree in bacteriology, Mrs. Kelly worked as a control chemist for DuPont. Years later, in her 40s, she returned to school to complete an internship, then she entered the field of medical technology.

Along the way, Mrs. Kelly married Charles, whom she met on a blind date on the day that he was given his Air Force wings. The couple became parents of four—a son and three daughters—in a period of “four years and 23 days,” Mrs. Kelly said. “We were very busy.”

The family, like other military families, moved around a bit. During the 1950s, they lived in Germany, where the children attended American schools, and later in Idaho, Texas, Florida, and Arkansas. Mrs. Kelly and her husband, now retired from the Air Force, lived in Arizona before deciding to settle in Shreveport. “I’m where I belong,” she said. Family members are in nearby states, and Mrs. Kelly has opportunity to visit her childhood home—a “wonderful” experience for her, she says.

The couple, now grandparents and great-grandparents, find retirement life rich and active. Mrs. Kelly, now 84, keeps busy with crossword puzzles, reading, and volunteering in a gift shop at the retirement village. Does she still swim? “We don’t have a pool here.”

Mrs. Kelly’s heroism is an inspiration to those around her, especially to her seven-year-old great granddaughter, Kelly. When Kelly had to do a school project, the subject was her great-grandmother and her heroic dive into a pond to save a life. You couldn’t ask for a better role model than that.

(Note: Mrs. Kelly and her daughter, Caroline Kelly Tait, were guests at the Carnegie Hero Fund’s centennial observance in October 2004. Mrs. Kelly was given “A Century of Heroes,” a book on the Commission’s history, and she subsequently purchased nearly a dozen of the books as gifts to her children, her church, and her retirement community library.  Carolyn M. Kelly died on February 17, 2008.)