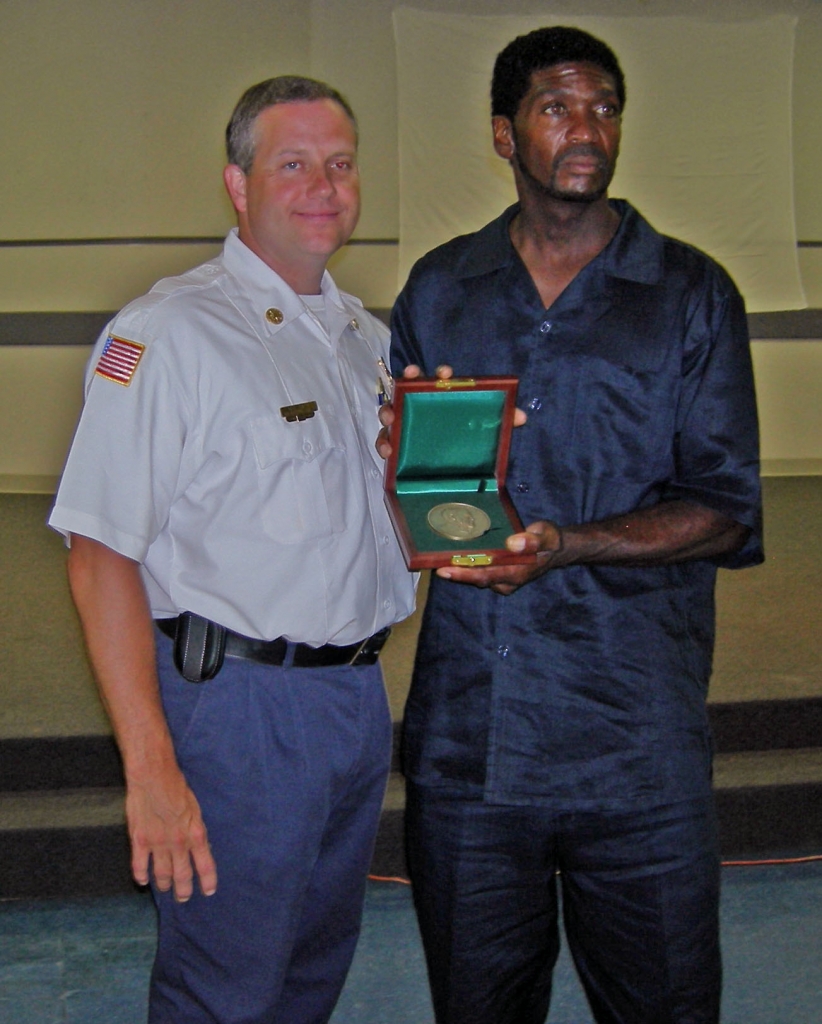 On April 13, 2007, Columbus Cook of Jacksonville, Texas, was working in his parents’ yard when he was alerted to a fire in a nearby house. He responded immediately and entered the home, only to be forced out by heavy smoke. A second try met with similar results, but on his third attempt he was able to locate a 38-year-old man, whom he then picked up and carried to safety. Columbus had this to say about his act. “I just thanked the Lord that we were OK.” Invoking the power of God is a theme that deeply runs through Columbus’s life and is unabashedly proclaimed even in the most public of settings by him

Jacksonville is a small town in the rolling hills of East Texas, a place where an act such as Columbus’s is soon known and appreciated, and just as quickly recognized. Less than a month after the rescue, the town’s council honored him with its Community Enrichment Award. It is the highest honor a citizen can receive, and he was just the ninth person to earn it. When Columbus accepted the award he was quick to credit God for putting him in the right place at the right time.

Just over a year after the act several members of the community again gathered to pay tribute to Columbus, when he was personally presented his Carnegie Medal by a representative of the Hero Fund. Among those present were his parents, his pastor, and the town’s fire marshall, who said, “If you ask Columbus who is responsible for what happened, he will tell you that God is the reason that man is alive and God is the reason he was able to get him out.” Columbus, of course, couldn’t agree more. “I thank him for guiding me to be there at the right time. We never know what’s going to happen, but if we keep in contact with God, we know he will guide us every day.”