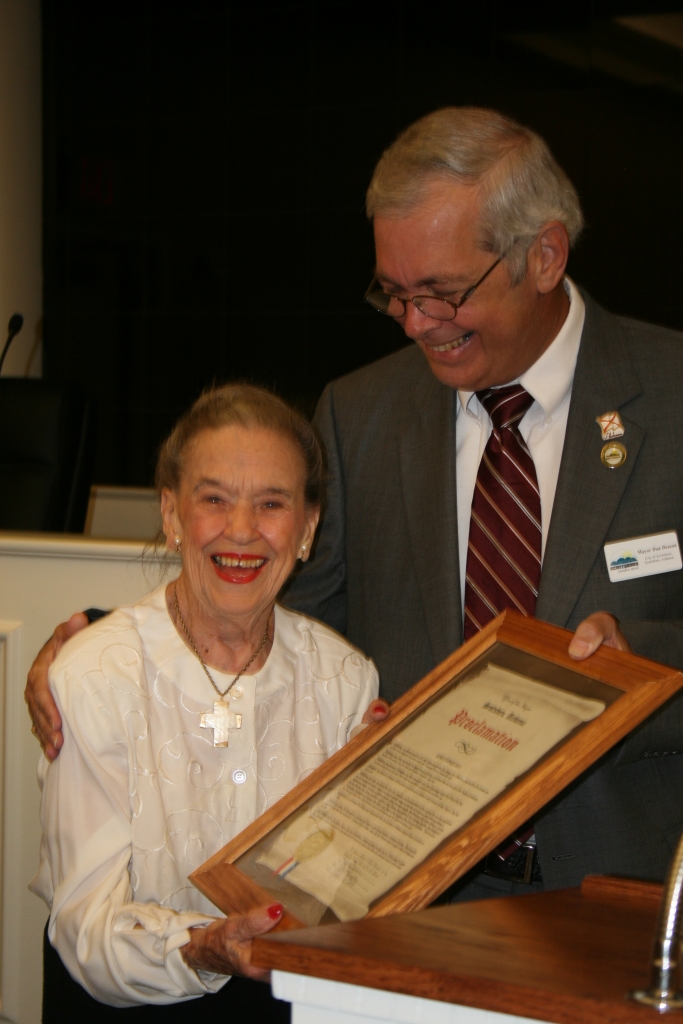 On July 14, 1930, Jane Isbell rescued a friend from drowning in the Tennessee River near Guntersville, Alabama. “I didn’t feel heroic,” she said, but “did the natural thing, something anyone would have done under the circumstance.” Being awarded the Carnegie Medal was a special moment for Jane, and today she considers the medal to be one her most prized possessions. It is but one of the ways she has been honored over a long, eventful life. When she was just two years of age she lost her mother, and shortly after that her family’s home was destroyed by fire. Just before she graduated from the University of Alabama, in 1939, her father died.

A few years later Jane moved to Washington, D.C. to work for a Congressman, and then in 1946 she returned to Alabama and became the receptionist for Alabama Governor James E. (Big Jim) Folsom. The next year she married and soon gave birth to a son, but then tragedy again struck when her husband was killed in 1950 in the Korean War. Seven years later she re-married, and the family moved to Scottsboro, Alabama, where she immersed herself in several community organizations.

It has been this community involvement of more than 50 years that led Scottsboro to honor her with her own day on July 16, 2008. Family, friends, and elected officials turned out in such numbers that the city council’s chamber, where her big day was officially observed, was overflowing. Jane said to her son before the event that she hoped 20 or 30 people would show up, but more than 100 attended.

The mayor proclaimed it “a special day” for the people of Scottsboro. A friend said, “There is not one soul in this town who deserves this recognition as much as you do.” Her son noted, “She is a very good friend because she works at it.” Many others spoke of their love and respect for “Miss Jane,” as she is known by most.

The event followed one last year in which Alabama Lt. Governor Jim Folsom, Jr. recognized her for her work for his father, some 60 years earlier. And in 1976 she was awarded the Distinguished Alumna award from the University of Alabama National Alumni Association.

(Special thanks to Chasity Brown of The Daily Sentinel of Scottsboro, whose series of articles on Jane at the time of the July 16 event was used extensively in this profile.)