Carnegie donates money toward cost of marker honoring 17-year-old William Hunter who drowned in a rescue attempt of a boy in Scotland.

Carnegie writes “The Gospel of Wealth,” an essay in which he stated his belief that, beyond providing for a family’s needs, excess wealth should be regarded as a trust fund to be used for the benefit of the community. –A Century of Heroes

Carnegie sells Carnegie Steel to JP Morgan, who merged it into his recently formed United States Steel Corporation, and retires.

Immediately after selling the Carnegie Company and receiving bonds worth $225,639,000 par value of the new US Steel Co., he created his $4 million Relief Fund.

Jan 25: The Harwick Mine Disaster

179 lives were claimed when the Harwick Mine exploded. 16-year-old Adolf Gunia was the sole survivor. Two men, Daniel A. Lyle of the town of Leechburg and Selwyn M. Taylor of Pittsburgh, heard of the disaster and came to help search for any survivors. Both were overcome by afterdamp, a suffocating mixture of residual gases left after an explosion of firedamp in a mine, and died. The Cheswick Relief Committee was organized and over $40,000 was collected from the general public for the families.

Carnegie writes to close friend and former business associate Charles L. Taylor stating, “I can’t get those widows and children of the mine out of my head.”

E. Caldwell & Co. of Philadelphia is selected as the designer and manufacturer of the original Carnegie Medal. It is designed by artist Charles Osborne and modeled by Charles F. Hamann. The Commission approved its first class of Carnegie heroes

John B. Hill is the first African American to be awarded the Carnegie Medal 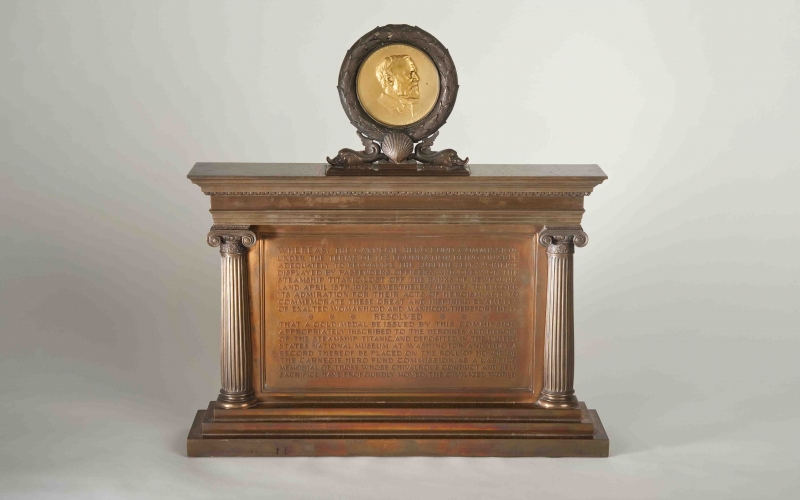 Medal and bronze tablet, issued by the Carnegie Hero Fund Commission, circa 1912.

CHFC issues a medal and bronze tablet commemorating the bravery and heroism demonstrated by those aboard the Titanic.

$10,000 given Jed Mine Disaster relief committee

The last gold medal is awarded to Charles L. Coe

Henry Naumann is awarded the Carnegie Medal for the first time

Henry Naumann is awarded the Carnegie Medal for the second time

$10,000 given to American Red Cross for Ohio and Mississippi Flood disaster relief

After the Springhill Mine Disaster, the Commission adopts a resolution, and presents two gold medals mounted on a bronze plaque, to the officials and workmen of Dominion Steel and Coal Corporation, Limited, and local doctors who risked their lives attempting to rescue 174 miners who were trapped by an underground convulsion in a company mine in Springhill, N.S., Oct. 23, 1958.

Rudell Stitch is awarded the Carnegie Medal for the first time

Rudell Stitch is awarded the Carnegie Medal for the second time, posthumously

Daniel Stockwell is awarded the Carnegie Medal for the first time

Following the Mobay-Dravo Fire Disaster, two cast bronze tablets, on which were mounted the obverse and reverse of a bronze Carnegie Medal, were awarded, one to Mobay Chemical Corp. and the other to Dravo Corp. The reverse of the medals bears the inscription: “Awarded to employees of the Mobay Chemical Corporation and of the Dravo Corporation for their heroism in attempting to rescue workmen in a chemical plant fire New Martinsville, West Virginia. January 31, 1978.”

$25,000 given toward Hurricane Hugo disaster relief 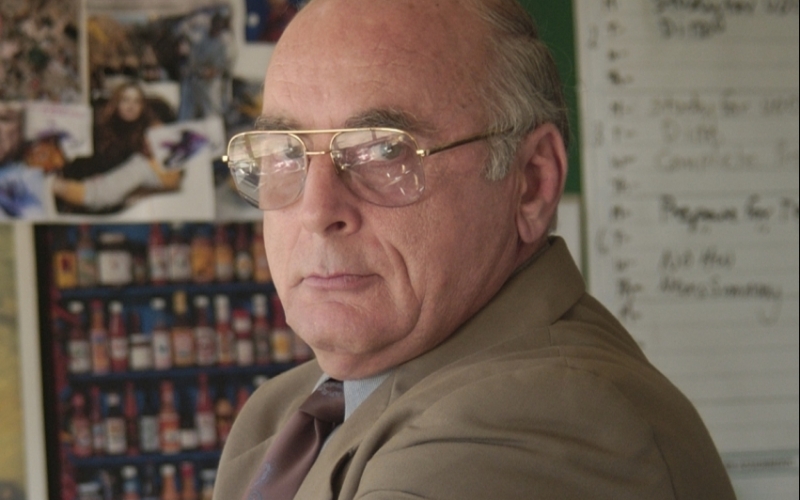 Simons and Co. began supplying Carnegie medals directly after having been subcontracted by J.E. Caldwell for the striking process of creating the medal

Daniel Stockwell is awarded the Carnegie Medal a second time

The Pennsylvania Historical and Museum Commission issues a roadside marker along Pittsburgh Street in Springdale, Pa., near the sites of both the mine and the cemetery in which many of the victims of the Harwick Mine disaster are buried.

Kayla Jean Garrigan is posthumously awarded the Carnegie Medal. At 7 years old, she is the youngest person to be recognized by the Commission.

The Harwick community dedicates a memorial to all of its miners. The monument is made of a large block of black granite. It’s etched with a rendering of the mine’s tipple and shaft buildings and situated in the center of a small parklet. Carved into bricks surrounding the memorial are the names of individual miners. 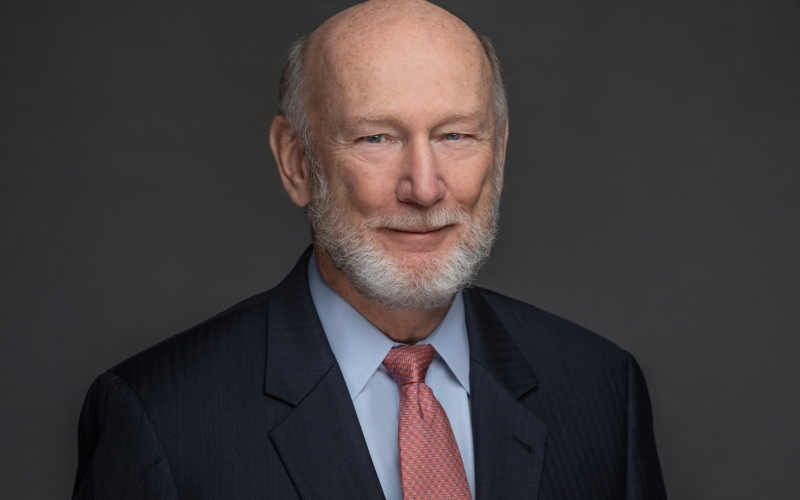 In response to the 9/11 terrorist attacks, CHFC donates $50,000 to the Todd Beamer Foundation and $50,000 to the September 11, 2001 Children’s Fund, Inc. The Commission also issues a resolution honoring those who acted heroically during the collapse of the trade center towers and the struggle with hijackers on flight 93.

A Century of Heroes is both an homage to the thousands of men and women who have demonstrated their willingness to sacrifice everything for other human beings, and a lavishly illustrated celebration of the unexpected heroes that walk among us.

Heroes Among Us showcases a brief history of the Commission and the individuals it recognized for extraordinary acts of heroism.

Charles T. Carbonell is awarded the Carnegie Medal for the first time 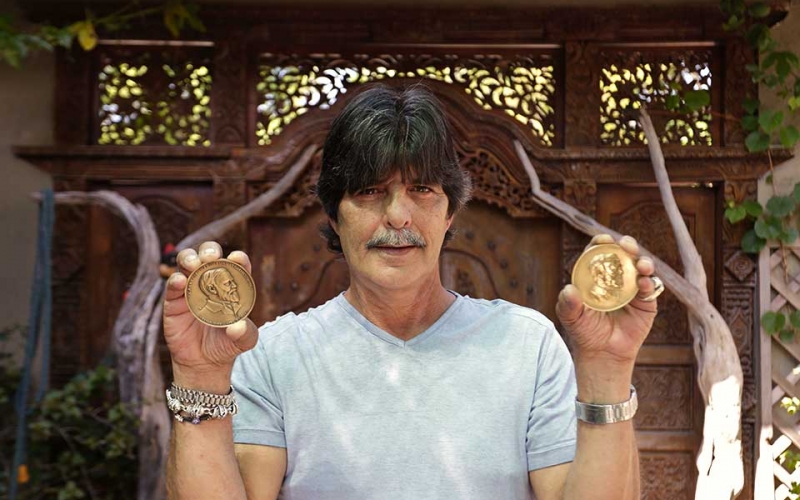 The current Carnegie Medal is produced by Simons Brothers Co. of Philadelphia, Pa. Metallic content of the bronze used is copper, 90%, and zinc, 10%.

Charles T. Carbonell is awarded the Carnegie Medal for the second time

“The Power of One – A Tribute to the Power of the Individual,” marked the second in a year-long series of events around the world to commemorate the 100th anniversary of Carnegie’s death in 1919. The evening’s program celebrated the Carnegie Hero Fund Commission’s 10,000th and 10,001st Carnegie heroes, Vickie Tillman and Jimmy Rhodes.

During the event, two pieces of calligraphy by tenured letter artist, calligrapher, and designer John Stevens, were revealed. The first is an artful rendition of founder Andrew Carnegie’s original deed of trust for the organization and the second features the first few pages of the Roll of Heroes and Heroines. The roll of honor fulfills the last line of the Commission’s deed of trust, which requires that “A finely executed roll of the heroes and heroines shall be kept displayed in the office at Pittsburgh.”

The Heroic Age is an updated history on the Carnegie Hero Fund Commission and the individuals it recognizes for extraordinary acts of heroism. It features accounts by Vickie Tillman and Jimmy Rhodes, heroes 10,000 and 10,001, of the acts for which they were honored.

Fusako M. Petrus is posthumously awarded the Carnegie Medal. At the time of her death she was 19 days older than the previously oldest medal recipient, also 86 years old, who was awarded in 2003.